Is Esports a Good Career in India? 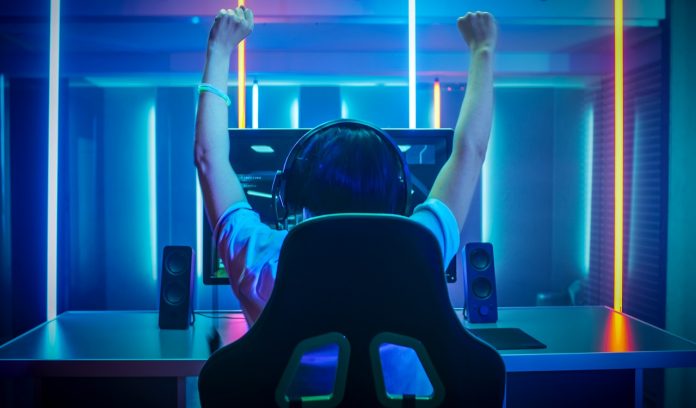 Esports have become one of the booming industries and making it a career option has been a question of discussion for enthusiasts who have a strong affinity towards gaming. Let us dive a little deeper into the discussion- Esports, a good career in India.

A sure shot answer is Yes, Esports is a good career in India, finally! According to the statistics, the gaming industry has drastically grown over the years. With new games emerging like PUBG, Fortnite, Call of Duty, Dream11 and many more popular games, there is a huge growth in the Esports arena. Both revenue and workforce have substantially increased over the last couple of years.

If we are to talk about a career in Esports, let us tell you that like any other career options, Esports also requires certain skills and a knack of the field if you want to become big in it. Obviously, a desire to make Esports your career option will be your driving force but then an ability to grind is the real game that makes an aspirant reach heights.

Why Is Esports A Good Career Option In India?

Esports is not just about playing video games in a multiplayer setting. Gaming and Esports are two separate things. Gaming is a casual activity that anyone can do while being on their jobs just for entertainment while Esports is a professional platform where gamers spend hours to learn and hone their skills in order to become an Esports athlete.

Here is why Esports have become a good career option for enthusiasts:

How To Make Esports A Career in India?

Making a career in Esports is as similar as making a career in any of the traditional job fields. You need skills, intelligence and certain other abilities to be able to make big in the Esports field.

A keen interest in gaming and honing your skills with hours and hours of daily practice is the only way you can have a substantial career. Just like you worked hard during your school and college, similarly, in Esports there are no shortcuts.

During the initial levels, you will need training on how to be a professional gamer that makes you earn money.

Here are some of the steps from the Industry experts that will surely help you kickstart your journey:

There are various games available for professional gamers that require different sets of skills. It is for sure that you can’t be a top-notch player in every niche. Before choosing a niche, you need to understand where your expertise lies and in what kind of game they will prove to be an advantage.

Be a Jack of All Trades – Try Everything

In this competitive world where everyone wishes to become a master of just one skill set, we can’t stress this enough that being a jack of all trades will fetch you a far more rewarding Esports career than mastering just one game.

With this, yes, your focus should be on one niche and you shouldn’t hesitate to participate in other games. Who knows, what skills can become a boon for you in a game that you haven’t played.

If you are willing to put in real effort in anything, it is sure that you will be rewarded. Your learning attitude and perfecting your skill set should be your goal.

And as many motivational speakers have said, you shouldn’t run away from hussles. Embrace hussles in a way that you come out of them as a true warrior where you’ve excelled your art.

FAQs about Esports in India

A) Any career choice is good as long as you are passionate about it and have the ability to learn from your mistakes. To begin with, working hard on honing your skills should be your goal rather than having a superficial goal of winning. If you perfect your art, winnings will come eventually.

Q) How to Join Esports?

A) Esports is not a company, it is an industry, just like any other industry out there. Firstly, you find your niche and then you can start with social media marketing that will help you cast yourself. Then you can always choose a gaming company you wanna work with.

Q) Is there any example of any Indian gamer who has made big in the gaming industry?

A) Yes, there are a number of gamers who are constantly making it really big and bringing in a lot of competition. One of them is Ujjwal who has his youtube channel with 226k viewership and 18.5 million subscribers.

Building your career in any field is hard. It is not just Esports which takes you to master your skills but in wherever you go, no matter which industry you choose, you will have to develop a skill set that sets you apart from the competition.

In conclusion, Esports is a good career in India just like any other career option, provided you master the art of hustling before mastering any art.

To earn real money while online gaming, play on WinZO.

Challenge Your Friends With These 10 Best 2 Player Games Online...