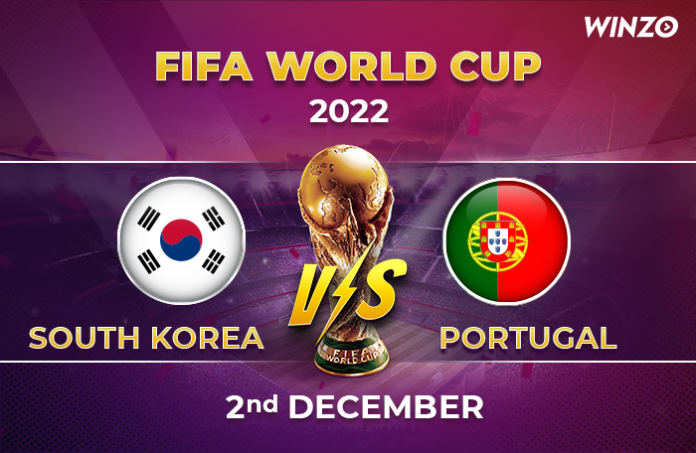 Portugal, a side that has already made it through to the knockouts, will take on South Korea in Group H encounter on Friday at the 2022 FIFA World Cup.

Fernando Santos’s Portugal just need a draw to confirm a top-of-the-table finish in this group while South Korea have to push for a win if they stand any chance of making it through to the knockout stage.

Hwang Hee-chan has not featured in this tournament so far and by all reports, his hamstring has not yet healed and hence, could miss this match as well. For them.
Cho Gue-sung, who scored twice against Ghana, will hold the key. Also, they would need Son Heung–min to step up and be at his best for this match.

With Portugal already in the knockout stage, we could see few tweaks make to their playing XI. For starters, Nuno Mendes has already been ruled out of the tournament and he could be replaced by Raphael Guerreiro as LB. Danilo is also ruled out of the game with fractured ribs and Otavio might not be fit enough to take part in this game.

South Korea were superb against Ghana and can be expected to give Portugal a tough time since it is a must-win game for them. However, Portugal have been solid right through the tournament and they can well breeze past their opponents. Considering the quality of players on both sides, Portugal can be expected to win this match 2-1.