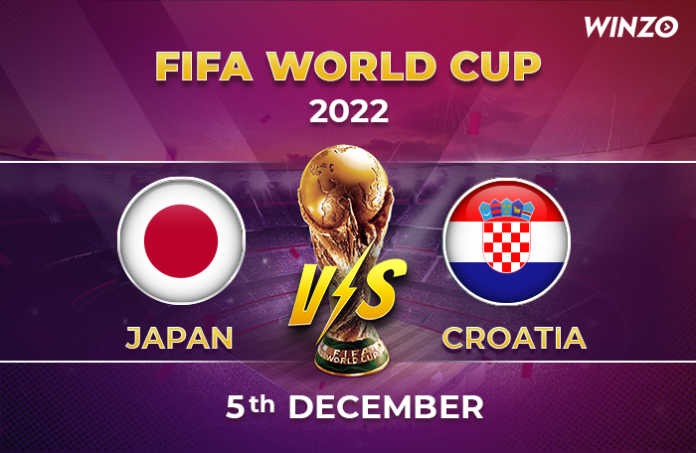 Japan, a side that has been sensational in the World Cup so far, will take on Croatia in an exciting Monday’s round-of-16 clash at the Al Janoub Stadium.

Japan was excellent in the first stage and topped Group E above Spain and Germany. However, they will be a side that will be tested again by Croatia in this fixture. On the other hand, Croatia comes into this match riding high on a nine-match unbeaten run across all tournaments. They will need to be wary of Japan’s counter-attacking game.

Japan will be without Ko Itakura, who received his second yellow card in the last match against Spain. Takehiro Tomiyasu, who came off the bench, should get the nod to start in his place. There are injury concerns over Takefusa Kubo and he could well miss out here owing to a muscle strain.

There are no big injury concerns for Croatia ahead of this match and Dalic could well retain his tested 4-3-3 formation. There were concerns over the form of Andrej Kramaric and Marko Livaja against Belgium and they need to be at their best in this knockout match

Japan have been absolutely superb in the tournament and their wins over Spain and Germany underline their sensational run in the tournament so far. They will once again be tested by Croatia and how their defense holds in this match could well decide the result.
Croatia have not been at their best, but they could well be starting to come into their own. We expect Croatia to win this match 2-1.