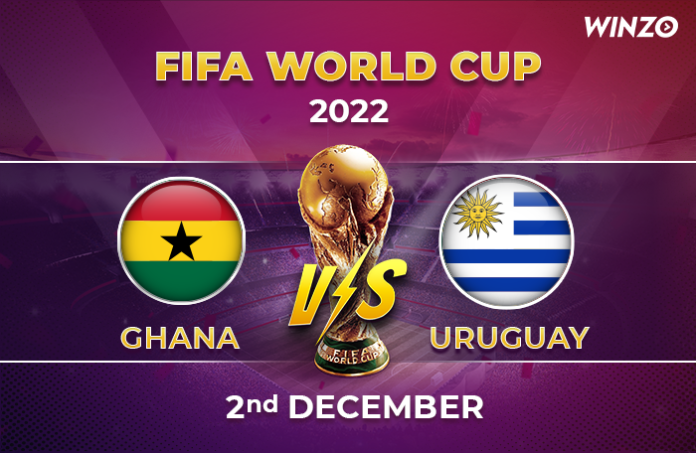 Ghana will clash with Uruguay in Group H on Friday and a win here in this match will see them progress through to the knockout stage of the tournament alongside Portugal.

Ghana are currently second in the group and are two points ahead of fourth-placed Uruguay. Both sides still have their own fates in their own hands and need to win this match in order to make it to the last-16 stage of the tournament.

Ghana do not have any major injury concern for this match and this should see them play with the same side that got the job done against South Korea.

The main man for Ghana has been Mohammed Kudus and will once again be crucial for their chances. He has already found the back of the net on two occasions in their last match.

Much like Ghana, Uruguay too do not have too many headaches as far as their team selection is concerned. However, they need their strikers, Luis Suarez and Edinson Cavani to step up and play to their potential.
Ronald Araujo is still injured and hence, could miss this game.

Uruguay and Ghana will have all the memories of the famous clash in 2010. Both sides are equally matched on paper and both have form on their side. We expect a 1-1 draw between the sides in this match.