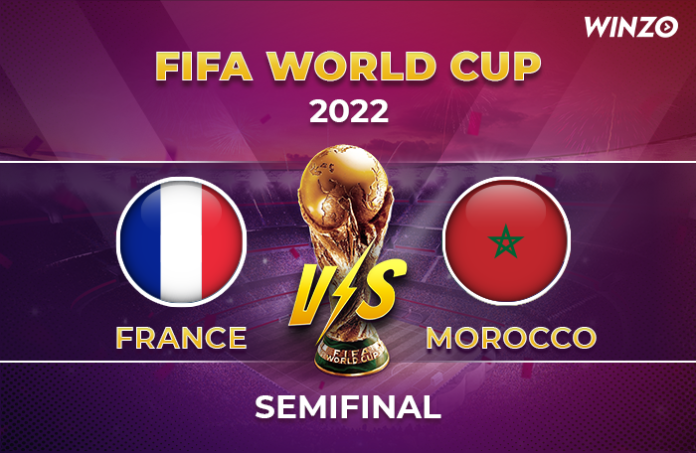 France will clash with Morocco at the Al Bayt Stadium on Wednesday in the second semifinals of the ongoing 2022 FIFA World Cup. France have been brilliant in the tournament so far and the defending champions look favourties to beat Morocco and take on Argentina in the summit clash.

Morocco, on the other hand, have been the team to watch this tournament. They have become the first-ever African nation to reach the semi-finals of the World Cup and considering their performances in the tournament, they cannot be taken lightly by France.

There have been a number of injuries in the French camp right through the tournament. Dayot Upamecano and Tchouameni have already missed the first training. Apart from them, Kylian Mbappe also did not take part in training owing to an ankle injury.

Morocco too have a number of injury concerns to deal with ahead of this clash. Noussair Mazraoui and Nayef Aguerd were not part of their win over Portugal in the last round and it will be interesting to see if they take part in this match.

Apart from, Walid Cheddira will not take part in this match since he was booked twice and was sent off against Portugal.

France have been the most attacking side of this tournament and come into this match on the back of two consecutive wins. Morocco have been solid as a defensive unit and will test France’s potency. We expect France to win this match 1-0.