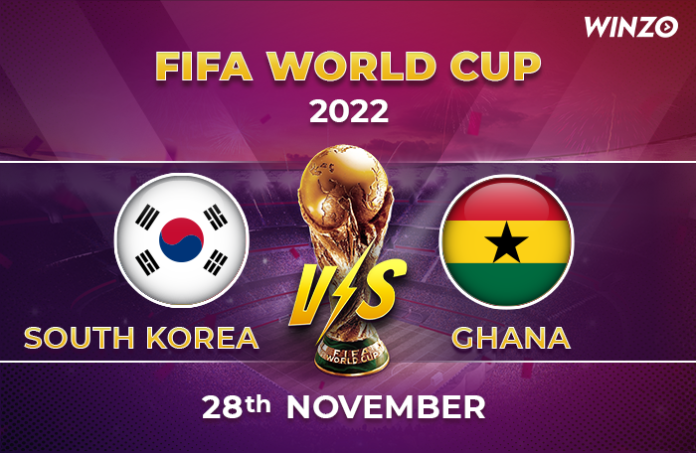 Ghana will take on South Korea with the threat of an early elimination looming large on them. This match will take place at the Education City Stadium on Monday.

While Ghana fought resiliently in their 3-2 defeat to Portugal, South Korea were superb in their draw against Uruguay. Ghana need to win this game against South Korea in order to stay afloat in the contest.

For South Korea, there are serious concerns over the availability of Hwang Hee-chan who is currently suffering with hamstring pain. Barring this, there are no other concerns for head coach Bento.

For the side, Heung min Son and Hwang Ui-jo will lead the charge.

For Ghana, Mohammed Salisu’s place in the side could be under the scanner if the side looks to go for a more aggressive configuration. Andre Ayew should be in the side since he looks to be a player in form.

It has been a good World Cup for Asian Teams, but South Korea could well struggle against the faced-past Ghana side. We expect the team from Africa to control much of the possession and emerge victorious bu 2-1.