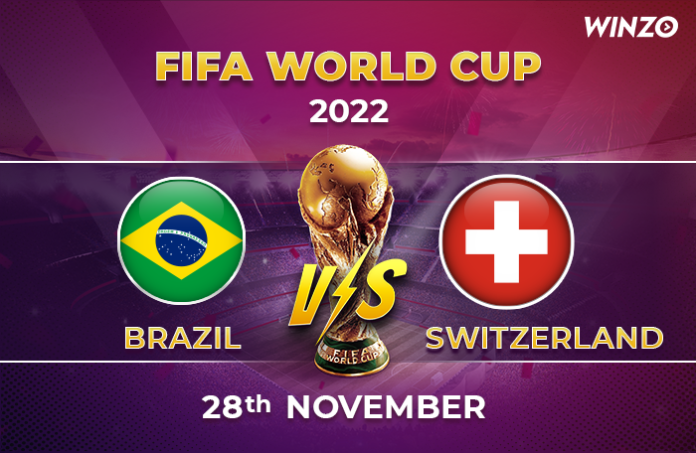 Pre-tournament favourites Brazil will clash with Switzerland in a crucial World Cup Group G clash on Monday at Stadium 974. Brazil come into this match after a resounding win in their first game and hence, look primed to take down the Swiss in this encounter as well.

Switzerland too were efficient in their first match against Cameroon come into this game after winning their first encounter 1-0.

The big miss for Brazil will be the absence of Neymar who has been ruled out of the group stages with an ankle injury. Apart from him, Danilo will also miss this game with an injury.

Denis Zakaria might still not feature in the playing XI in this match. Fabian Schar was on the bench in the previous match and he might continue there since Akanji and Elvedi have been in good form.

Brazil was absolutely dominating in their first match and despite the absence of Neymar, they have enough firepower to dominate Switzerland in this game. However, Switzerland have troubled Brazil in the recent past and could spring a surprise. Brazil, though, are a better side on paper and have the skills to secure a 2-1 win in this game.