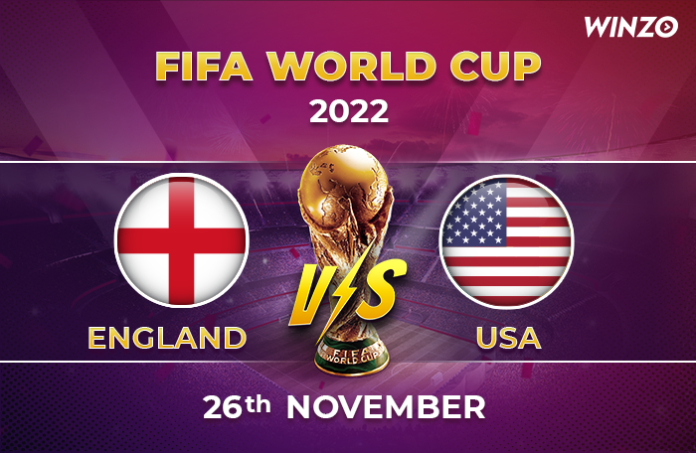 Led by Harry Kane England are back in action in their second Group B match when they clash with Gregg Berhalter’s USA side at the Al Bayt Stadium on Friday. USA gave a good account of themselves when they held Wales to a 1-1 draw in the first game.

England did their chances no harm when they smashed Iran 6-2 in their first match and a win here should see them top the group.

England had a number of injury concerns in their 6-2 win over Iran. Harry Maguire and Harry Kane were both taken off in the second half. However, they should be fit enough to feature in this match against the USA.

Kyle Walker should start, but he could face competition from Kieran Tripper. James Maddison is still struggling with a groin injury. Saka and Sterling have been in food form and will be the lead strikers.

For USA, Weston McKennie and Yunus Musah were injured against Wales. It will be interesting see if they take the spot in the starting XI. Timothy Weah, Josh Sargent, and Christian Pulisic will lead the attack.

The USA can be quite tricky on their day and they can be a tough opponent to breeze past. England are better on paper and we expect them to win the game 3-1.