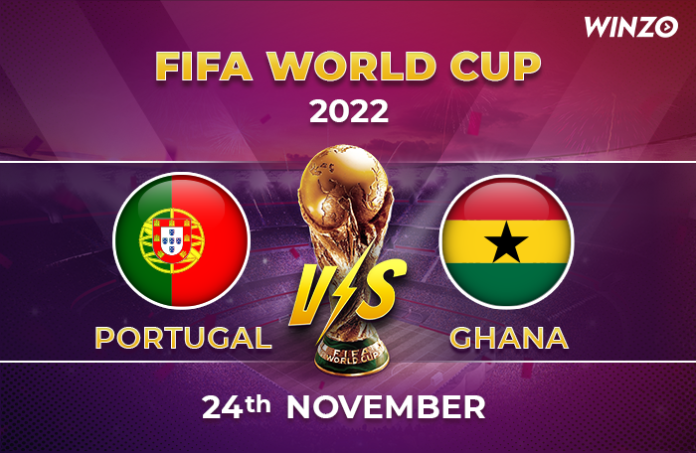 Amidst the never-ending Cristiano Ronaldo saga, Portugal will kickstart their FIFA World Cup campaign with a Group H encounter against Ghana at Doha’s Stadium 974 on Thursday. This is perhaps the most challenging group as Uruguay will also take on Uruguay and South Korea and hence, need a cracking start to hold them in great stead.

Portugal have a solid, exhilarating side at their disposal – they are perhaps one of the favourites to clinch the title and a lot will depend on the setup the manager prefers on the day. Manager Fernando Santos believes in taking the game deep and this might not allow him to extract the best out of his attacking players.

After a brief hiatus from the tournament when they failed to make it to World Cup 2018, Ghana are back at the biggest stage and they would be keen to hold their fort and even cause an upset. Saudi Arabia and Japan have already floored fancied opponents and Ghana would want to do the same.

After all his off-field controversies, Cristiano Ronaldo will be glad to get back in action. He missed the friendly against Nigeria, but should be fired up to get the job done against Gnana. Diogo Costa is expected to be the goalie ahead of Rui Patricio. Pepe will be the main man in defence while Joao Felix is expected to start on the bench.

Ghana rested all their big guns in the friendly against Switzerland and hence, have a full squad at their disposal. The nucleus of the side will be powered by Thomas Party, Inaki Williams, and Mohammed Kudu. Jordan Ayew could get the nod to start ahead of brother Andre Ayew.

Considering the quality of Portugal, they are clear favourites to win this match. If they go in with an attacking option, they could win this game 3-0.