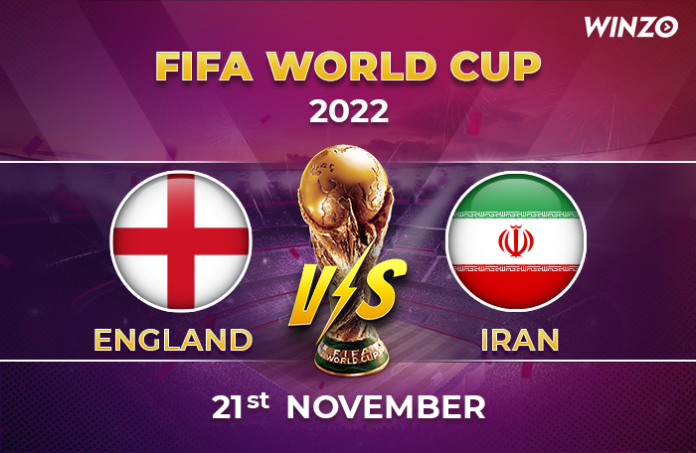 England will kickstart their 2022 FIFA World Cup with a match against Iran. The England side has been quite decent in major events recently. They made it to the semi-finals of the 2018 World Cup and the finals of Euro 2020.

Iran, on the other hand, cannot be taken lightly. They are at this stage for the third consecutive time and have the skillsets to force the tournament’s first upset.

We can see the likes Bukayo Saka start against Iran. Apart from him, Kyle Walker could also feature in this game as he seems to have recovered from his groin injury. Marcus Rashford could start on the bench, and Phil Foden and Bukayo Saka will offer support to Harry Kane.

strike Sardar Azmoun is doubtful for this match since he tore his calf muscle last month. Also, Omid Ebrahimi will not be able to feature in this match with a groin injury. As such, Mehdi Taremi will lead the attack.

England vs Iran Match Outside India

England have form and team to be a strong force this edition. They are favourites for this tie, but Iran can be quite resolute on any given day.