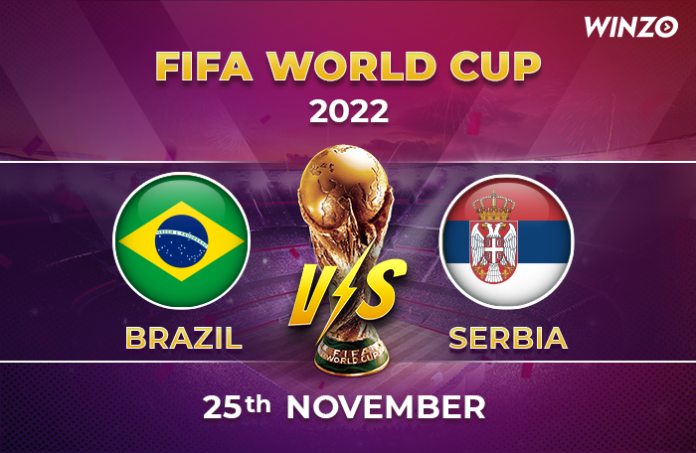 Brazil will kickstart their FIFA World Cup campaign with a crucial match against a formidable Serbia in a Group G encounter at the Lusail Stadium on Thursday.

Brazil will be powered by a strong attacking lineup and with players like Neymar, Vinicius Jr, among others, they are hot favourites to go all the way and clinch the title. However, Serbia are no pushovers and they too have potent strikers in Dusan Tadic and Dusan Vlahovic.

Even before the kickoff whistle, Brazil have created history since they become the only country in World Cup history to have qualified for the main round since the first edition back in 1930.

Brazil has a full and firing squad at their disposal for this match and players like Alex Telles, Anthony, and Bruno Guimaraes have all recovered from their respective niggles to take part in this match. Allison is expected to be the custodian of the goal while Danilo and Alex Sandro will be the wide backs.

They are a side in top form and come into this tournament after having topped CONMEBOL qualification standings.

As against Brazil, Serbia have few injury concerns and this could force Aleksandar Mitrovic start on the bench. This will see Luka Jovic and Dusa Vlahvic leading the attack. We could also see Serbia opt for a back 5. Stefan Mitrovic could partner with Nikola Milenkovic as well as Strahinja Pavlovic as the main defenders.

Brazil have the likes of Neymar, Raphinha and Vinicius Junior and they will come out all guns blazing. If they get going in the first 10 minutes, we can see a barrage of goals- Brazil is expected to win the match 4-1.