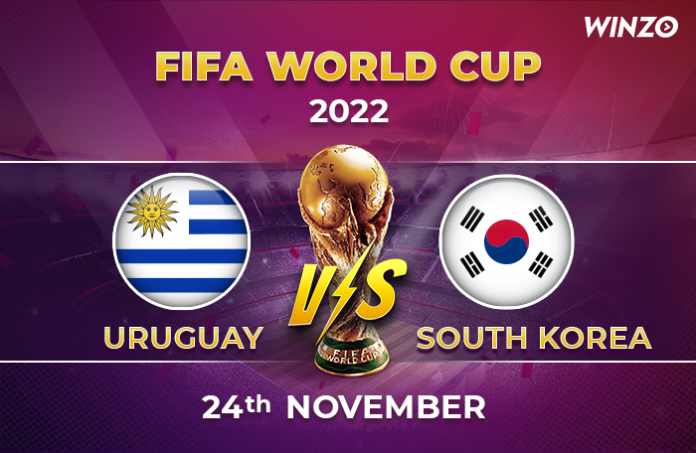 Uruguay are in their fourth successive FIFA World Cup and made it to the quarter-finals in the last edition. On the other hand, South Korea are in their fifth consecutive World Cup.

This will be a clash between two sets of amazing strikers – Edinson Cavani, Luis Suarez, and Heung Min Son will look to walk away with this game with bragging rights.

There are a few fitness concerns with Ronald Araujo and hence, he might not be risked for this match. Also, Diego Godin could well replace Jose Maria Gimenez. Facundo Pellistri and Giorgian de Arrascaeta should be the preferred options to start with Luis Suarez.

For South Korea, Heung Min Son is expected to start the game. Kim Min-Jae will play a key role as a defender. There are doubts over the availability of Kim Jin-Su who is still recovering from a hamstring injury.

It is expected to be a tight content and the defenders will hold the key considering there are phenomenal strikers in both the sides. Uruguay could scrape home and clinch the match 2-1