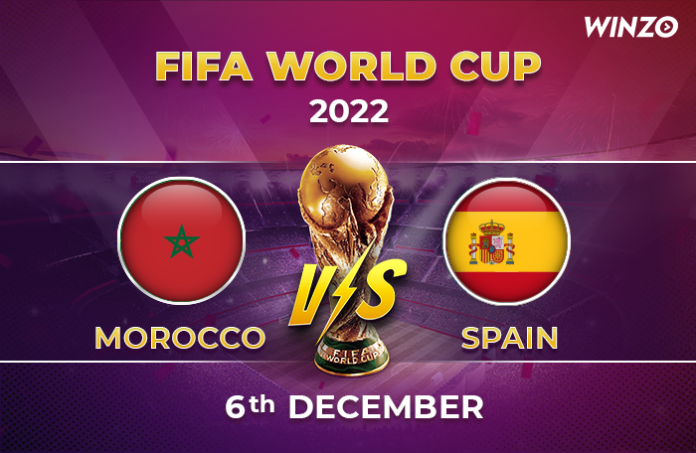 Morocco will take on Spain in the penultimate World Cup 2022 round of 16 match at the Education City Stadium on Tuesday. Spain was second in Group E and now, take on Morocco – a side that warded off Croatia and Belgium to top Group F.

Morocco beat Canada 2-1 in their last match and looks a side in form, but they will need to be at their absolute best against Spain in this knockout match.

There are no visible injury concerns for Morocco ahead of this match and hence, they can challenge Spain with a full-strength squad for the match. Achraf Hakimi, did not take part in training on Saturday but is expected to take part in this game despite having issues with his ankles.

The other players who were given a break include Ziyech, Sofyan Amrabat, and Sofiane Boufal, but will all be a part of this match.

Spain too have a fully fit squad at their disposal. As far as their training session is concerned, Spain was without Dani Olmo, David Raya, and Cesar Azpilicueta.
As per reports, Dani Olmo has recovered while Azpilicueta is suffering from calf soreness. Also, Ferran Torres and Jordi Alba could make a comeback to the starting XI for this crucial knockout match.

Spain are one of the favourites to clinch the title and since they have a young squad at their disposal, they should be able to breeze past Morocco. However, they cannot take Morocco lightly, especially after they stunned Belgium in the group stage.
However, Spain have enough depth and talent to win this game 3-0.