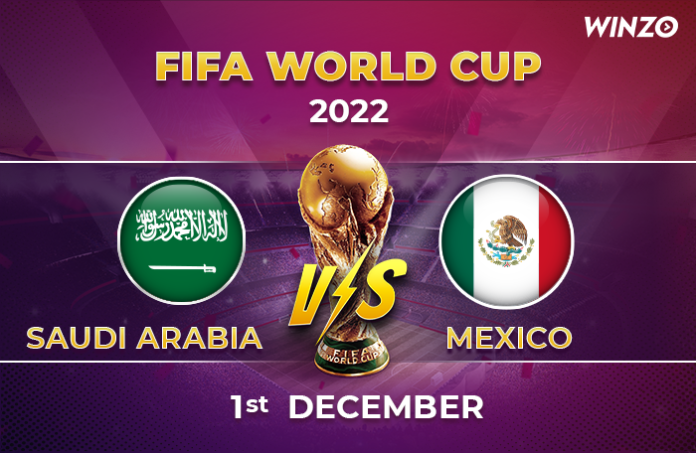 Saudi Arabia will take on Mexico in a must-win encounter for both sides at the Lusail Stadium in the final round of Group C fixtures on Wednesday.

Both sides have a chance of making it to the knock-out stage and hence, will be aiming for a win. Mexico need a win here and they have to hope that all the other results in the group fall in their favour if they have to make it to the Last 16.

For Saudi Arabia, Abdulelah Al-Malki will not feature in this match since he picked up a couple of yellow cards. This will see Nawaf Al-Abed replace him in midfield. The availability of Riyad Sharahili should boost the defense. However, Yasir Al-Shahrani and Salman Al-Faraj are expected the miss out with their respective injuries.

Mexico could be without Andres Guardado who suffered a muscle injury in the last match against Argentina. He could well be replaced by Edson Alvarez.
Mexico need to attack from the word go and hence, forward Raul Jimenez could well start this game against Saudi Arabia.

Mexico have a better side when compared with Saudi Arabia and since, they need a win here we can expect them to come out all guns blazing. However, Saudi Arabia can be a difficult side to crack. We predict Mexico to win this match 2-0.