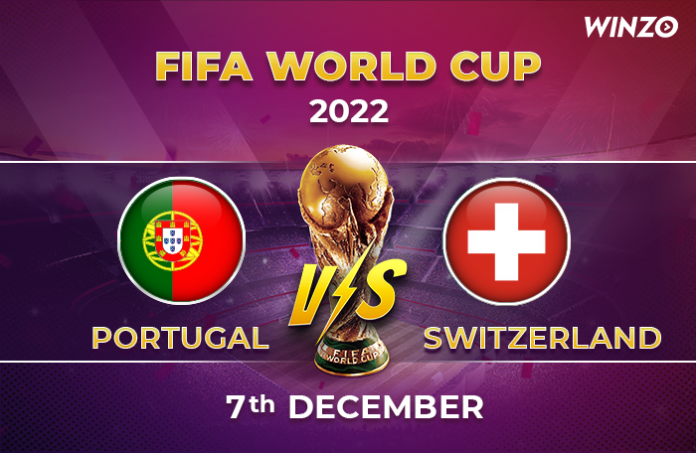 Portugal and Switzerland, two sides who made it to this stage with two wins from three, will clash with one another in what promises to be a cracking encounter at Lusail Stadium on Tuesday.

While Switzerland made it to the knockout stages with a sensational 3-2 win over Serbia in their final group-stage game. Portugal, on the other hand, rested a number of their players in their final game against South Korea and had to encounter a shocking 2-1 loss.

As opposed to their last league game, Portugal will go into this match with their best possible XI. As far as injuries are concerned, Nuno Mendes has been ruled out of the tournament. Apart from him, Danilo is missing with fractured ribs.

Joao Cancelo is expected to his left-back position while Pepe and Dias will take charge of the defense. There are some concerns over the form of Cristiano Ronaldo, but he will still spearhead the Portuguese attack.

For Switzerland, Yan Sommer might not start this game since he is still ill. Barring this blip, Switzerland will largely be unchanged from their last match.
Granit Xhaka and Remo Freuler will be the main men in the midfield while Vargas and Shaqiri will take charge of the flanks.

Switzerland have shown that they are quite capable of creating few stutters. They did beat France back in Euro 2020. However, Portugal could be quite tough and after the setback they received in the last group stage they will be keen to make a strong statement. With Bruno Fernandes being in top form, he could make a difference.
We expect Portugal to seal this one 2-1.