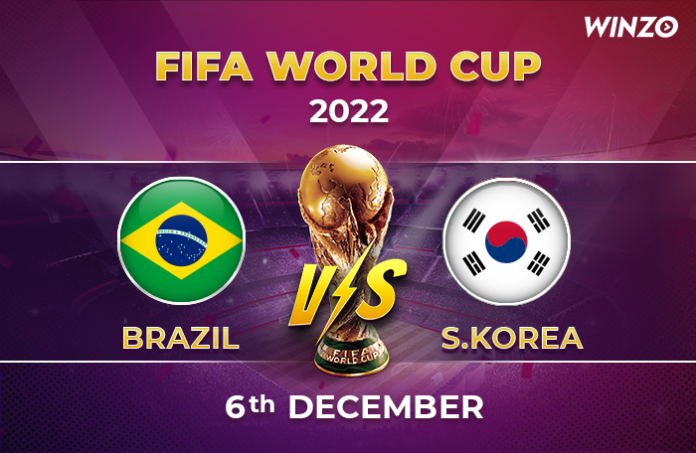 The 2022 FIFA World Cup will see South Korea clash with Brazil in an important round-of-16 clash at Stadium 974 on Monday. South Korea ended second in Group H of the World Cup and made it to this knockout stage courtesy a dramatic 2-1 win over Portugal.

Brazil topped their group, but then were handed a shocking 1-0 defeat by Cameroon last week. This makes this match a cracking watch as both sides need to be at their absolute best.

As per Brazil’s medical team, Neymar could well be available for selection for this match against South Korea. However, Brazil will be impacted with the absence of Gabriel Jesus and Alex Telles for the rest of the tournament. Danilo is recovering from an ankle injury of his own and might be able to contribute.

Brazil were one of the pre-tournament favourites and have an impressive squad at their disposal. This makes them a dangerous unit and South Korea will need to be at their absolute best in order to challenge them.
We expect Brazil to come out all guns blazing and win this game 3-0.