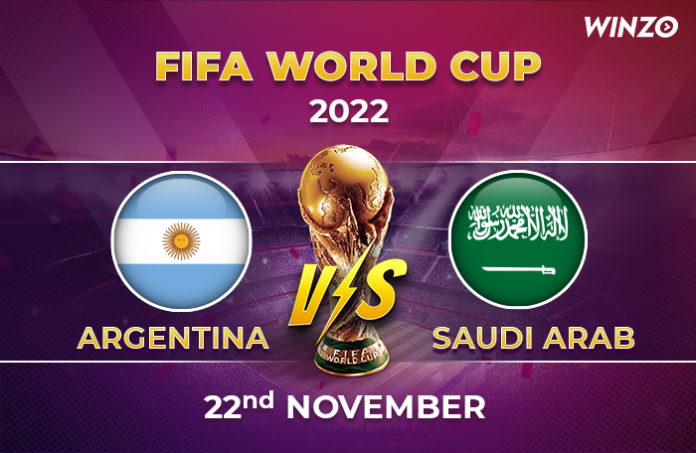 Lionel Messi will start his fifth FIFA World Cup as Argentina aim to give the maestro the perfect send-off from the international scene. They will take on Saudi Arabia in their first game of the competition at the Lusail Stadium on Tuesday.

Saudi Arabia topped their group ahead of Japan in the qualification round to be here at this stage. However, they will have to be at their absolute best if they have to topple Argentina.

Argentina, on the other hand, have been superb under Lionel Scaloni and are one of the form teams of the tournament. They are also pitted to go all the way and clinch the title.

Lionel Messi will team up with Lautaro Martinez and Angel Di Maria up front. Joaquin Correa might not be fit enough for this match. There are also injury clouds over Exequiel Palacios and Lisandro Martinez, but they could well sneak into the playing XI.

For Saudi Arabia, Riyadh Sharahili might not feature in this match owing to a muscle injury. Defender Hassan Tambakti also missed Saturday’s practice with pain.

England vs Iran Match Outside India

Argentina are a side in roaring form. They come into this match on the back of a 36-match unbeaten streak and hence, are overwhelming favourites to brush aside Saudi Arabia.