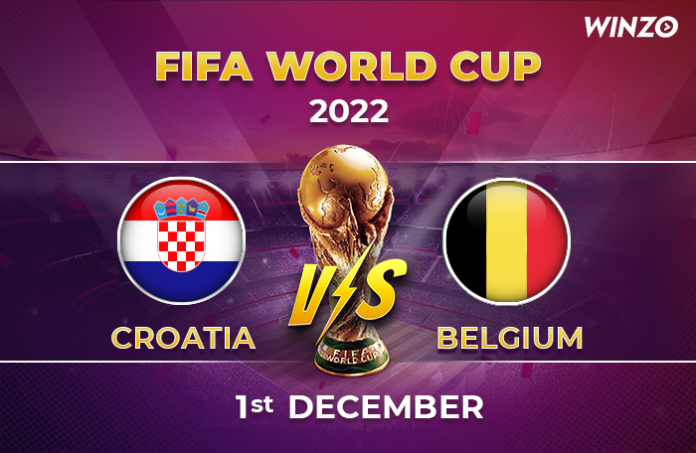 We are into a battle of the heavyweights in Group F as runner-ups of the 2018 World Cup, Croatia lock horns against Belgium. This important match will take place at the Ahmed bin Ali Stadium on Thursday.

Croatia will be a confident unit since they are bossing Group F and come into this match after thrashing Canada by a 4-1 scoreline last week.

Belgium, on the other hand, are in all sorts of bother and are standing on the brink of elimination. They come into this match after a stunning 2-0 defeat at the hands of Morocco in their last game and need a win here to stay afloat in the competition.

Croatia will not want to tweak the side too much ahead of this crucial match.

Marko Livaja could well be the preferred striker, he will be flanked by Ivan Perisic and Andrej Kramarić on either side. Luka Modric could start on the bench considering he is just one card away from suspension, but considering the importance of the match, Dalic could give him the nod.

For Belgium, midfielder Amadou Onana has been ruled out for this match and we can expect Youri Tielemans to replace him.

Romelu Lukaku has been struggling with injury and his participation could fall under the scanner. We expect Michy Batshuayi to lead the attack in this game.

Belgium has a very strong squad, but their golden generation is nearing their end and this will put them under a lot of pressure. Croatia come after thrashing Canada in their last match and will hope to continue with this momentum. It promises to be an entertaining contest and Belgium could sneak home with a 2-1 margin.