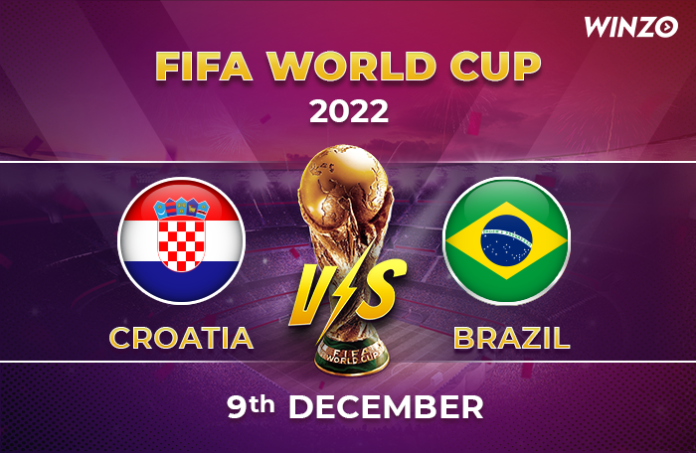 We are now into the business end of the FIFA World Cup as Brazil take on Croatia as they continue to edge even closer to the title. This quarterfinal clash will take place at the Education City Stadium in Al Rayyan on Friday.

Brazil have been brilliant in the tournament so far and they flexed their muscles once again when they beat South Korea 4-1 in the last round. They look to be a side that wants to entertain and hence, it could well be a tricky proposition for Croatia.

Ahead of this match, Croatia do not need to make too many changes. Borna Sosa, who missed the last match against Japan, could be back for this game.

Josip Stanisic, however, is still struggling with his muscle injury, and he might not be fit enough to take part in this match. Both Luka Modric and Mateo Kovacic are just one yellow card away from suspension, and hence, they need to be careful in this game.

In this match, Brazil will not be able to avail the services of Gabriel Jesus and Alex Telles for the rest of the campaign. Apart from these players, Alex Sandro is also a doubt for this game with a hip injury.

And then, there are Bruno Guimaraes, Eder Militao, and Fred who are one yellow card away from receiving a suspension.

Brazil have been in roaring form in the tournament so far, they have gone for an all-attacking option and have the players to stretch Croatia. Croatia coach Zlatko Dalic could well stack his defense, but Brazil have the powerhouse to win this match 3-1.