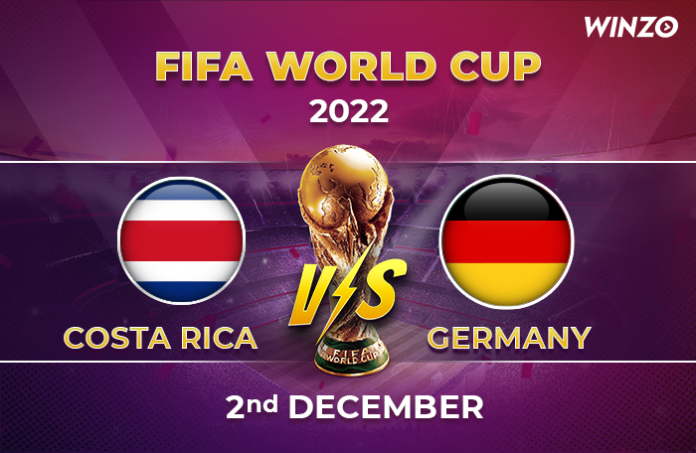 Costa Rica will lock horns against Germany at the Al Bayt Stadium in their final group stage game in 2022 FIFA World Cup action on Thursday. Costa Rica are still in contention to progress through to the knockout stage after a 1-0 win over Japan.

Germany, on the other hand, have not had the best campaigns so far. They are languishing at the bottom of the table after a shocking 2-1 defeat to Japan. They then held Spain to a 1-1 draw and need a win here in this match against Costa Rica.

As far as the team combinations are concerned, Costa Rica do not have any major injury concerns for this match. However, Francisco Calvo could well miss this match since he receive his second booking of the tournament against Japan.

Germany too do not have any major injury concerns coming into this match. It remains to be seen if Sane is included in the side and this is the big decision Flick needs to take. On the right, Lukas Klostermann and Nico Schlotterbeck are both contenders to replace Thilo Kehrer.

Germany have a power-packed team, but they have not been able to translate potential into performances. However, they have the players to step up when the stakes are high and ig they come out firing, they could dominate this match. We expect Germany to win this match 2-0.