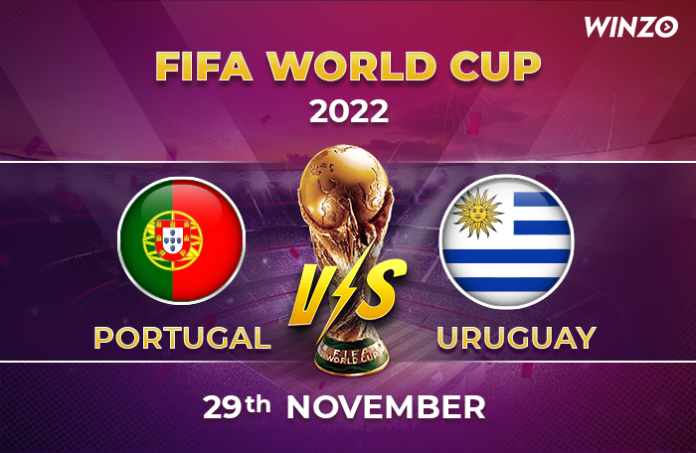 Portugal will take on Uruguay in an important Group H contest at the FIFA World Cup. A win here for Portugal will see them make it to the final 16 of the tournament with a game to spare.

Portugal come into this game with a 3-2 win over Ghana in their tournament opener. Uruguay, on the other hand, had tobe content with a goalless draw against South Korea leading into this match.

There are no major injury concerns for Portugal leading into this match. However, Santos could make a few changes considering the workload of the players. Otavio could get the nod to start ahead of William Carvalho. Ronaldo will find company by Bruno Fernandes and Joao Felix.

As far as Uruguay is concerned, there are doubts over the fitness of Ronald Araujo. Caceres should find the company of Godin, Jose Gimenez, and Mathias Olivera.

In midfield, Matias Vecino is expected to start along with Valverde and Rodrigo Bentancur.

Uruguay have been quite dominant against European opponents in the recent past, but Portugal are coming off a morale-boosting win in their first match. However, it will be a closely-fought contest and we expect the match to end in a 1-1 stalemate.