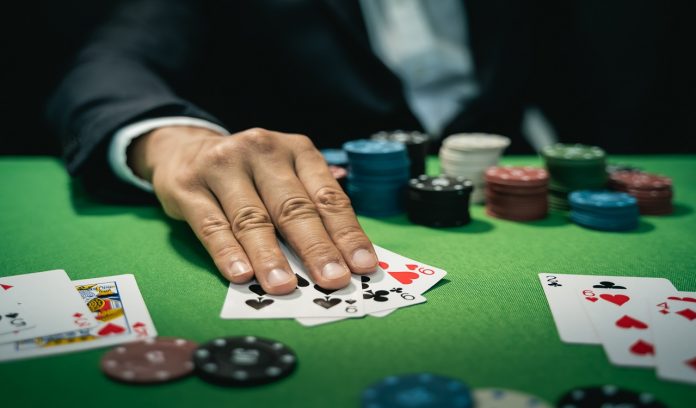 In recent years, Poker’s popularity has risen exponentially. A combination of luck and tricks makes this game even more exciting and thrilling. So, without much further ado, let’s know about the different types of Poker that are surely going to make you glued for hours.

Like other games, Poker was played in Casinos and these Casinos have different variations of the game at every table. Here, the basic rules remain the same but a slight variation in the game is what adds to the excitement.

Majorly, there are three main categories of Poker: Draw Poker, Stud Poker, and Community Card Poker. Apart from this, there is a mixed game format where there is a fixed number of hands to be played for a round and then the player moves to the next game. The game can be played for a specific amount of time as well.

Poker is a card game which has many variations, mostly created in the United States in the mid-1800s through the early 1900s. The game requires details about which hand values are used, the number of betting rounds, and the cards which are dealt during the game.

With every variation, there is a slight rule change which makes the whole game play more exciting and fun. Here are some of the popular variations of Poker:

Texas Hold’em is mostly played in America wherein two cards (two pocket) are given to each player and other 5 community cards are placed on the table. The game continues with betting which is in four rounds and the players make their best hands with any combination of 5 cards (hole and community cards).

The following the stages of Texas Hold’em:

The game continues with calling, raising and folding by the players while the best are placed. Two or more players left in the game are allowed to reveal their cards (a showdown) and the player who has the best hand wins. Other times, all but one player will fold and he or she walks away with the pot.

This Poker variant is a lot like Omaha Hold’em where 2-10 players can play the game at a time. The major difference between Texas and Omaha Hold’em is that at the starting of the game, you get 4 cards instead of two. Unlike Texas Hold’em, the five community cards are all turned over at the same time.

Each player needs to make the best Poker hand with 5 cards which can be made by combining any two hole cards given at the starting of the game.

As the name suggests, in Seven Card Stud, there are only seven cards which are dealt by each player. The main objective of the game is to make a Poker hand of 5 cards out of 7 cards.

The game continues with three cards face down and four cards face up visible to the other players at the table. In the game, there are no flop cards or community cards. Generally, Seven Card Stud is played between 2-8 players at once.

During a hand, each player reveals some of their cards after the last round of betting. And the player who has the best five cards wins the game.

In this game, there are five cards that have been dealt since the beginning of Five Card Draw. Now, each player can choose three cards to trade for newer cards. To win the game, a player has to make a best hand or a combination of five cards.

Remember, each player needs to bet before trading for new cards. Being a straightforward game, Five Card Draw is very simple but players often keep a watchful eye on their opponent’s move so that they can 8use it to their advantage.

Another interesting type of Poker is the 2-7 triple draw in which all the participants get five cards, facing downwards, before the betting round initiates. The game has three draw rounds and players can swap cards from their existing ones with the dealer. The weakest hand wins the game. The distinctive value of hands is flipped as compared to other games. The game is also played in a no limit mode.

Chinese Poker is played by two to four players and all the participants get 13 cards. The players must split their cards into two hands, two with five cards and the other having three cards. The hand with three cards is called the front, and the other with five cards each known to be the middle and the back. The aim is to have the lowest-ranking cards in the front, whereas the highest-ranking cards in the back.

While playing, the hands are set on the table in a respective order and players announce whether they are recreating with their hands or not. Royalties are also decided at the same time. Each player gets points according to their hands after revelation, and the winner gets the royalty.

One of the rare types of poker, this game is quite similar to Texas hold ’em. All the participants are provided with three pocket cards, out of which 1 card is discarded by them. This is followed by the first betting round, and the rules remain the same like Texas hold ’em. In this game, the participants hold all three pocket cards until the round before the dealer turns over or deals the fourth card.

Razz is another type of poker game in which the lowest-ranking hand wins. In this game, ace is the highest and two is the lowest. Always remember that you don’t need to apply with the ace, rather being the most subordinate card. The goal is to maintain playing a low hand instead of a high hand. The players can not swap their cards in this game. This is one of the interesting types of poker card games.

In Razz, you need to make a lower rank in order to win the game.

In Badugi, you need to use your four cards for ranking instead of 5.

Short Deck uses only 36 playing cards and you need to make a hand of high ranking cards in order to win the game.

Q) What is the best poker game?

A) Texas Hold’em is the best variation of Poker which can be played online and it is the one of the most trending Poker variations.

Q) What Poker variation can I play as a beginner?

A) You can play a draw poker variation as it is a pretty straightforward game and it does help you to hone your skills.

Q) What are the 8 poker games?

A) It is a game played with six hands, each with a variation. The eight variants in the 8-game, presented in their rotation order – Deuce to Seven Triple Draw.

Q) Is Texas Holdem the same as poker?

A) No, both the games are not the same. Texas Hold’em is a community card game, whereas all the poker games are played by two or more players, competing to make the best hand by using the hand ranking system.

Q) What is the easiest Poker Variation to play for fun?

A) No-Limit Hold’em is a variation of Texas Hold’em but a little easy for beginners or gamers looking for fun.

Poker is a widely played card game and due to its popularity, the game is brought to the fingertips for people who live to play the game. The game developers have worked day in and day out to give you the bestest experience.

And with the advent of Esports, you can now play the game to earn real money on WinZO.

If not for money, you can play the game for free and later on, when you are confident, you can earn money while playing the game.

National Games 2022: List of Sports, Schedule, Dates & Venues | All You Need To Know

What is ‘Dream face reveal’ and why is it trending?