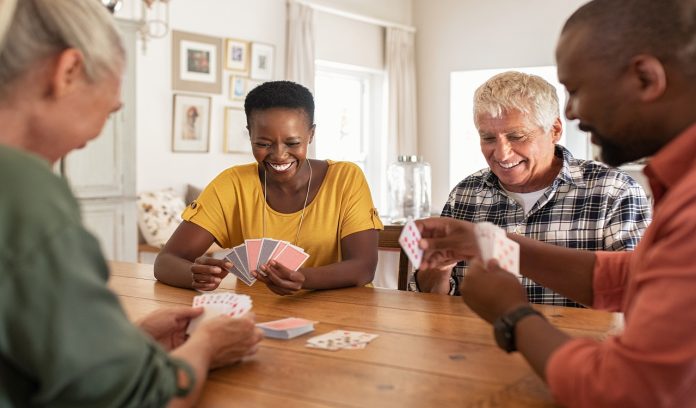 A fun and exciting game that Rummy is, different cultures have modified the game and hence, there are a number of variations of Rummy. Let us know about different types of Rummy that you should know.

Through generations, Rummy has been a favorite card game. With the advent of mobile games, rummy has become even more accessible to enthusiasts who can now play the game online. In every variation, basic rummy rules remain the same but in certain Rummy types, the game becomes even more fun and entertaining.

Different parts of the globe helped in evolving the game in diverse ways. However, all variations of Rummy involve card melding. When a group of cards of the same suit are made into a run or a sequence, it forms a set. Now, you need to form a pure and an impure sequence to win the game.

As you know, different variations of Rummy have different set of rules, let’s discuss them in detail:

9 Rummy Variations That You Should Know

Being familiar with all the variants makes you win the game whenever you come across a certain type. Why risk it when you can win Rummy of any variant:

Indian Rummy or 13 Rummy originated in India, it consists of 13 cards. You form sets and sequences by picking and discarding cards in order to win the game. You can also use Joker as a substitute for any card you choose.

Points Rummy is a basic variant and many beginners prefer this over other Rummy variants. One round of the game lasts for a few minutes and if you wish to win the game, you need to make more points. You are free to decide the value of the points which will ensure the money you are going to win when the game ends.

As it is evident from the name, Deals Rummy is played for a fixed number of deals. When the game begins, each player is given a fixed amount of chips. Based on the scores, players get chips from other players. At the end of the game, the more chips a player has, the higher are the chances of winning.

21 Card Rummy follows basic rummy rules, the only difference is that each player deals with 21 cards and he has to make at least 3 pure sequences. There are 3 decks of cards instead of the usual 2 decks from which the players pick and discard cards.

After making 3 sets, the remaining cards can be used to form other sets or sequences. The most entertaining and exciting aspect is that the first dropper in the game is penalized with 30 points. And, the usage of value cards besides the Joker holds additional points.

The player who makes a marriage hand, i.e: the combination of 7♠, 8♠, 9♠. The player who is able to make this hand gets an additional 100 points in the game.

Gin Rummy is played with a standard deck of 52 cards wherein each player gets 10 cards. The players are required to make at least 3 sets or sequences of the same suit  using one joker card.

Let’s say you have some unmatched cards at your hand, and if you calculate their value, it should be more than 10. Now, if you do not have the value above 10 of your unmatched cards (that are arrayed into sets or sequences), you can choose to ‘knock’.

If you have unmatched cards that have a value of less than 10, you’ll lose the game.

Oklahoma Rummy is a Gin Rummy variant that can be played between 2-4 players instead of just 2 players. With a standard deck of 52 cards, only 7 cards are dealt by each player. Like that in Gin Rummy, jokers are used.

The players can also make impure sets or sequences in order to win the game. The face cards hold 10 points, Ace has 1 point and other cards have their value according to the numbers. The main objective of the game is to get rid of those cards and the player who does it first, becomes the winner of the game.

Contract Rummy is a version developed over Gin Rummy wherein there are multiple uses of a deck of 54 cards. Jokers are the wild cards in the game and are used to dealing with other cards.

The face cards have 10 points as usual, the ace has 15 points and the jokers carry 25 points and the game continues by forming sets and sequences. As the number of deal increases, the complexity of the game also increases as follows:

Kalooki Rummy is a version of Contact Rummy and is a popular game of Jamaica and Yugoslavia wherein the number of decks of cards depend on the number of players.

The game is played between 3-8 players and for 9 deals. The game continues with melding and laying down the cards by each player. And the main twist of the game is that the player who has the lowest score at the end of the deals is the winner of the game.

500 Rummy is a popular rummy game in America and is played between 2-8 players. By the name of the game, if a player makes 500+ points in the game, he becomes the winner of the game.

Each player gets 13 cards to form sets and sequences. The cards that are then melded gives points and the number of cards that are left un-melded, gives negative points. Hence, a player is allowed to pick cards from the deck according to their need.

Isn’t the game exciting and a little complex towards the end of the game. Play rummy to have a nail-biting experience as your opponent searches for that most valued card in the pile of cards.

Shanghai Rummy originated in China as the name suggests. The game is very much similar to Contract Rummy. The game requires two deck of cards of 54 cards where 11 cards are given to each player at the starting of the game.

There are 10 deals in total and 3-2 players can play the game at once. While discarding and picking cards is common, players need to get rid of all their cards by melding or laying their cards down.

Dummy Rummy originated in the US and is played in various parts of the world. It is a game of 2-4 players and it uses two decks of standard cards wherein 4 jokers are included.

In the game, there are number ‘2’ cards which are treated as wild cards and you need to get rid of them while making valid sets and sequences. The first player who gets rid of these cards is the winner of the game.

Besides this, the game requires 12 melds and the player who is not able to form a proper meld, gets to try in the next hand.

Q) How many versions of Rummy are there?

A) 13 Card Rummy, 21 Card Rummy, Gin Rummy & Contract Rummy are the versions of Rummy and they have categories under it.

Q) Is Ace a high or low card in Rummy?

A) Ace being high or low depends on the type of Rummy. There are runs involving the ace card which makes a player the winner of the round.

Q) Which Rummy App is best to play and earn real money?

A) WinZO app is the best app to practice the game and then play the game to win real money.

Rummy is the most widely played game and its variants make it more entertaining and thrilling. Owing to the popularity of the game, WinZO has brought the game to your fingertips where you can practice playing it with other players from around the world.

And once you are confident, you can start playing the game for money to earn real cash.

Well, then what are you waiting for? Download WinZO and start playing Rummy.

Do not forget to let us know about your experience on our Instagram channel.

5 Popular Online Games To Play With Friends In 2022