How to Play Poker: Basics Rules, Tips and Tricks 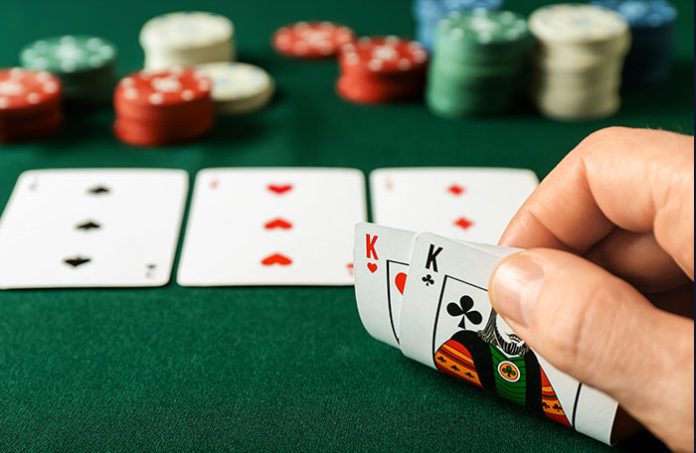 Are you wondering how to play poker? Poker is a card game that involves strategy where you need to have a constant check on the other players to determine when to fold, when to bluff, and when to pronounce the opponent’s bluff. There are several types of poker and the most popular is Texas Hold’em. While each version has its own set of regulations, the fundamentals of all the games remain the same. All you have to do now is grasp the foundations, and you’ll be well on your way to creating your own winning strategy!

Poker is played with a normal deck of 52 cards and considered to be a gambling game that involves luck and skills simultaneously. The challengers make bets counting on the value of their poker hand and while playing online poker games, you need to call out!

We’ll get you started by going over the most important poker rules and strategies for improving your game. Learn the 10 most common 5-card hands and how to rank them. The hands will always be the same, no matter what sort of poker you play. Print out a “cheat sheet” and study it to get a better understanding of the different hands. Then, learn the various hands so you know how to play poker basics.

How to Play Poker: Step by Step Guide

The following are the basics of poker to be kept in mind while playing the game:

1. Always confirm the type of poker that is being played. Draw Poker and Stud Poker are the most popular forms and the cards are distributed facing down. As the game proceeds in the stud pokers, some of the cards face up so that players get an idea of each other’s hands.

2. Betting is the main part of poker. Each deal comprises one or more bettings which give players a chance to bet on their hands. You need to be careful in taking risks if you have poor hands and use your skills to make maximum profits.

The Following are the Important Tips and Tricks to Play Poker

1. Understand the rules, positions, and ranking of poker hands

One of the important poker tips and tricks while understanding the game is that you should devote some time to studying how to rank poker hands. You should not be in the middle of the hand thinking about whether you can beat a straight with your flush or not, losing crucial decision time in the process.

2. Be familiar with poker hand rules, placements, and rankings

Of course, this is the first step you should do, and most gamers are aware of it. While knowing the basics of poker rules is straightforward, you need to spend some time learning how to rank poker hands. You should not be worrying about whether you can beat a straight with your flush in the middle of the hand, wasting valuable decision time in the process.

3. It’s not always fun to be a bluff master

Although bluffing might be beneficial at times, keep in mind that if you are a bad player, this Poker Tip will not help you (players who overestimate the force of their hands). Furthermore, if you try to bluff your opponents on a regular basis, professional players will soon pick up on your style and know when you are bluffing.

4. Staying in a hand just because you’re already in it isn’t a good idea

This poker advice is crucial for a beginner poker player. This is because most newcomers believe that if they have already placed a significant amount of money into the pot, they must stay in regardless of how excellent or horrible their cards are. This is incorrect reasoning since you cannot win a pot by simply throwing money at it. If you know you’re going to lose and there’s no way to enhance your hand to be the best, you should fold right away. The money you’ve already put into the pot is no longer yours, and you won’t be able to retrieve it back just by playing a hand through to the end.

After understanding how to play poker, it’s time for you to indulge in this game. You can download the Winzo app to have a fun-filled poker experience. You also get a chance to win real cash with all your wins.