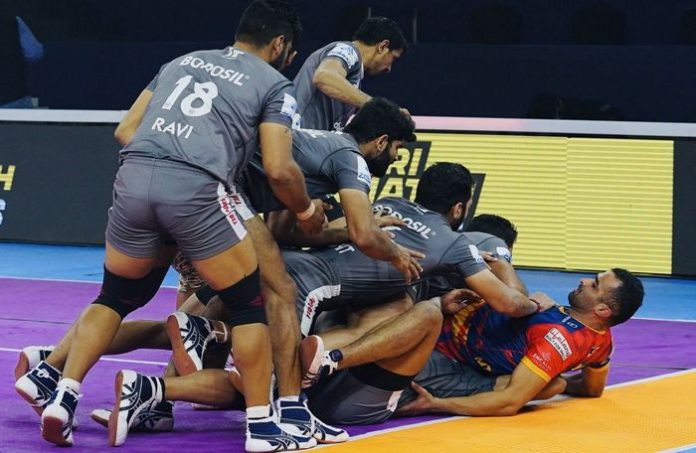 On Tuesday, January 25, the Haryana Steelers will face the Telugu Titans in Pro Kabaddi 2022 Match 78.

With 39 points from 13 games, the Steelers are presently sixth in the Pro Kabaddi rankings. They have six victories, five defeats, and two draws from their remaining two games.

Meanwhile, the Titans sit at the bottom of the standings, with only 19 points after 13 games. They have lost 10 games so far this season and have only one victory. The Titans also had a handful of draws in the current Pro Kabaddi League season.

Both teams come into this encounter with different results in their past PKL meetings.

The Steelers defeated UP Yoddha by a point in their previous PKL match. The Titans, on the other side, were defeated by the Bengaluru Bulls by five points.

The Haryana Steelers are undefeated in their past three games and will be pumped for this match. The defensive is working well for them, and the raiding team is also contributing significantly.

They will almost probably want to keep the momentum going and make it four victories in a row.

The Telugu Titans, on the other side, would be looking for a victory. In their last two games, they have been defeated by the Bengaluru Bulls and U Mumba. The Titans have battled all season as they continue to reel near the bottom of the table.