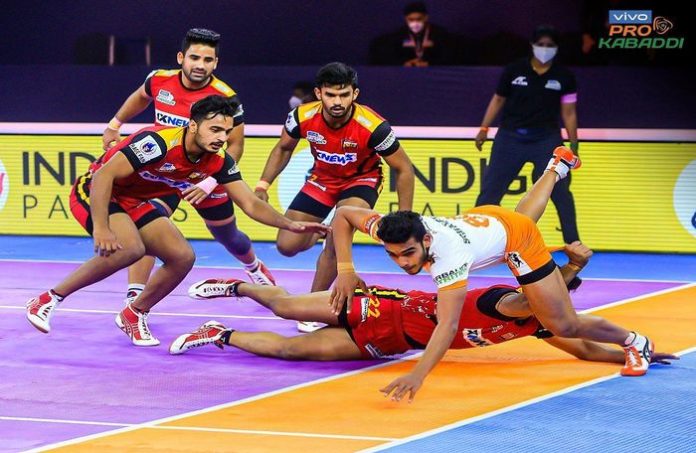 Puneri Paltan will face UP Yoddha in Pro Kabaddi League on Thursday under the competitive Bengaluru sky.

Puneri Paltan are presently ranked tenth in the Pro Kabaddi points standings, having earned 21 points from nine matches. In the current Pro Kabaddi League season, they have four wins and five defeats.

Meanwhile, UP Yoddha is in sixth place with 28 points from ten matches played thus far. They have three victories and three draws, but they have lost all four of their remaining games.

They would climb up to fourth position if they win on Monday against Puneri Paltan.

Recent Forms of Puneri Paltan vs UP Yoddha

Puneri Paltan vs UP Yoddha Head-to-Head

The Pune-based team comes into this match on the heels of a comfortable win against U Mumba. They won the game 42-23 and are presently undefeated in two games. The club will be looking to make it three victories in a row and move up the points table.

UP Yoddha, on the other side, had previously defeated the Telugu Titans. The former team won by six points and has now gone undefeated in their past three PKL games. As we approach the halfway point of the campaign, they will try to add another victory to their record.

Speaking of the teams, both Puneri Paltan and UP Yoddha have been erratic this season, but both are thrilled for tonight’s match since the club that wins will move up the points table. We are placing our faith in Puneri Paltan. Let’s see who takes the win home!