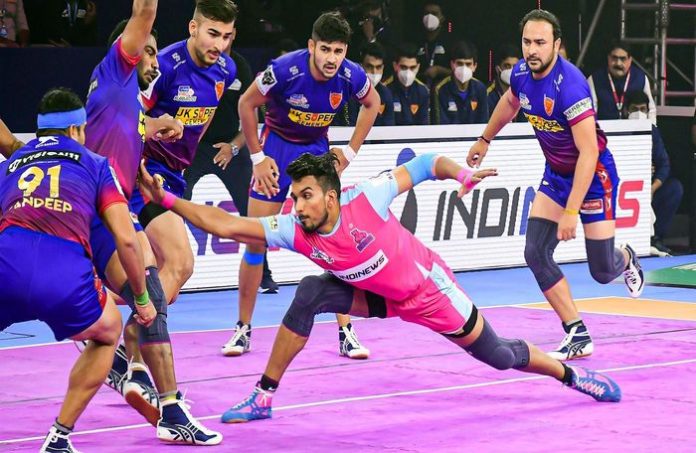 In the 50th match of the Pro Kabaddi League 2022, Dabang Delhi KC will face the Bengaluru Bulls. In this match, fans will witness an epic struggle between Pawan Kumar Sehrawat and Naveen Kumar.

The Delhi-based franchise had gone undefeated in their first seven games, but the Jaipur Pink Panthers snapped that streak in their previous match. The Pink Panthers defeated the Dabangs by a narrow two-point score.

Meanwhile, the Bengaluru Bulls were humiliated by UP Yoddha in their most recent match. The team led by Pawan Kumar Sehrawat will be eager to get back on track against Dabang Delhi tonight.

Bengaluru Bulls and Dabang Delhi are currently in the top three of the points table. The Bulls have 28 points from eight games, with five wins, two losses, and a draw.Dabang Delhi, on the other hand, leads the Bengaluru Bulls by four points, having won five games, drawn two, and lost one. If Delhi wins this match, they will reclaim first place.

Naveen Goyat and Pawan Sehrawat are two of the hottest raiding commodities in the Pro Kabaddi League right now. They faced each other in the finals of the recently concluded 68th Men’s Senior National Championship where Naveen’s Services side was stunned by the Railways led by Pawan Kumar Sehrawat. Pawan’s recent record against the capital-based franchise hints that he will be fully charged tonight which might be huge bonus for the Bulls tonight in takingthis win home.