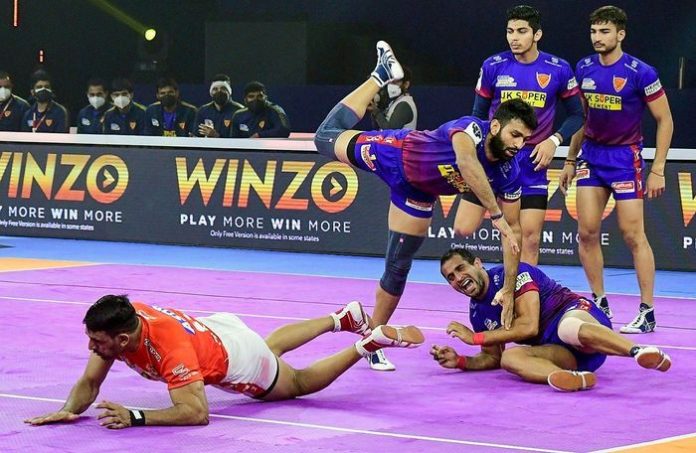 In the 84th match of the Pro Kabaddi League 2022, the Haryana Steelers will face the Gujarat Giants.

With six victories, five losses, and three ties, the Haryana Steelers have had a mixed season in the league. They are now fourth in the points table. The Steelers, on the other hand, are on a four-game winning streak, including a 39-39 tie with the Telugu Titans in their most recent encounter. With a win, the Steelers will continue their unbeaten streak and move into the top two.

Gujarat Giants, on the other hand, have had a difficult season. With three wins, six losses, and three ties, they are now ranked 11th in the league. In their last five games, the Giants have only earned two victories, including a 22-41 loss to Dabang Delhi in the previous encounter.

Players to Watch Out

With all three raiders in top form, the Haryana Steelers’ attack looks dangerous. However, in their most recent match, their defence allowed far too many points to be scored. Surender Nada and his team should be able to recover soon and seize command.

Meanwhile, the Gujarat Giants’ well-known defensive set-up has struggled this season. They don’t have a solid offensive unit, and if their defence doesn’t come up big against the Steelers, they’re in for another humiliating loss.