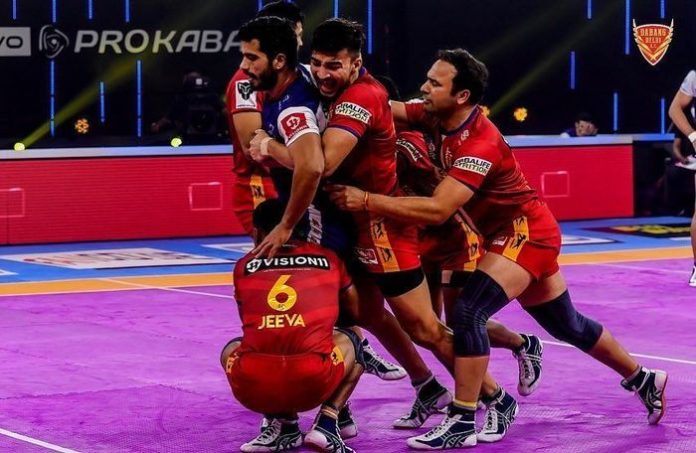 On Tuesday, January 18, Dabang Delhi KC will face the Patna Pirates in Pro Kabaddi 2022 Match 62. This competition will be held at the Sheraton Grand Whitefield Hotel and Convention Center in Bengaluru.

Dabang Delhi KC are third in the Pro Kabaddi points chart, having collected 37 points from ten games. So far in the current Pro Kabbadi League season, they have six victories, a couple of ties, and a loss each.

Meanwhile, the Patna Pirates sit one spot ahead of them with 39 points from 10 games. The Patna-based club has won seven of the ten matches it has played so far. A handful of games resulted in defeat, while one game ended in a tie.

The team that wins on Tuesday will be at the top of the PKL standings.

This season, both teams have proven to be extremely capable. They have several good raiders and defenders. In comparison to Delhi, the Patna Pirates appear to be perfectly balanced.

They had 16 raid points and 17 tackle points versus Bengaluru, demonstrating how well both departments complement one other. The raiders from Delhi will face a difficult test against Patna’s defence, which is unquestionably the strongest this season.