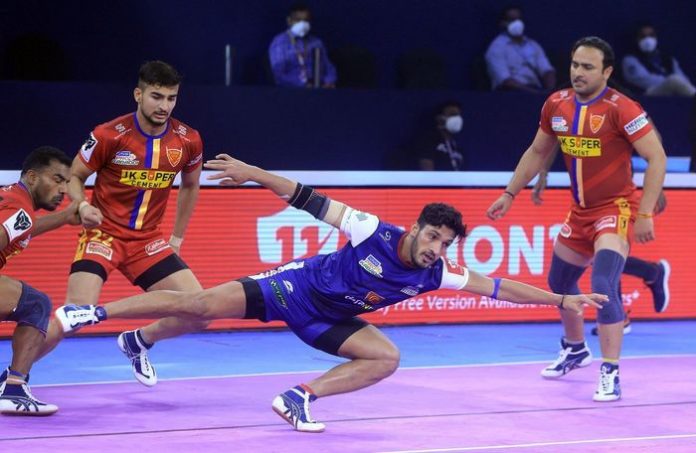 On Wednesday, two struggling clubs looking for a win face off. Both teams are currently ranked in the bottom part of the table. Puneri Paltan have 21 points from 10 matches, while Haryana Steelers have 24 points. As the season comes to a close, both teams will be looking for a win to advance up the standings.

On paper, there isn’t much to choose between the two sides, yet Puneri Paltan have a little advantage due to their squad’s overall balance.

This game will be decided by the greatest defensive unit on the night, as both sides have top-tier raiders such as Puneri Paltan’s Aslam Inamdar, Mohit Goyat, and Nitin Tomar, and Steelers’ Vikash Kandola and Meetu. Vishal Bharadwaj, Bladev Singh, Sanket Sawant, and Abinesh Nadarajan, for example, will have their work cut out in the Pune defence. Meanwhile, Surender Nada, Jaideep Kuldeep, Ravi Kumar, and Mohit will have to deal with triple difficulty for Haryana.

Haryana steelers seem to have a well-balanced team while Puneri Paltan might need more time to prepare their team for a win. We are backing /haryana steelers for tonight’s match as they look completely braced to take the win home tonight.