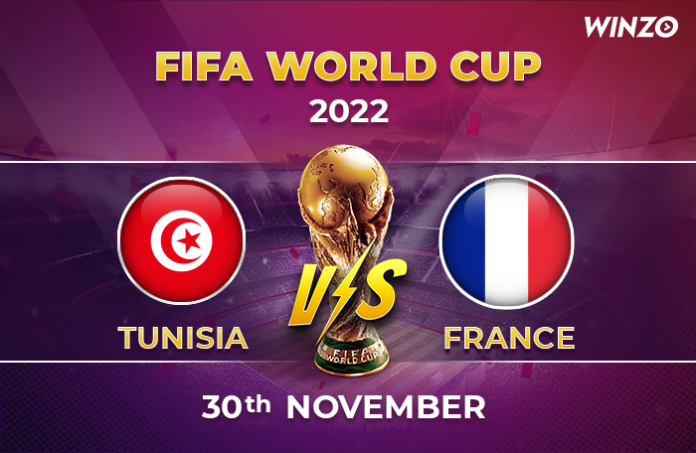 Tunisia will lock horns with France at the Education City Stadium in what will be their last group-stage game of the 2022 FIFA World Cup on Wednesday.

Defending champions France have already qualified for the knockout stages after their successive wins in the first two games of the competition. They beat Australia 4-1 in their campaign opener and then defeated Denmark 2-1 powered by Kylian Mbappe’s brace on Saturday.

For France, Alphonse Areola could miss this match owing to a back issue. Lucas Hernandez is also struggling with a cruciate ligament. If manager Deschamps wants to tweak few things, he could well use Eduardo Camavinga as a left-back in this game. Since the result of this match will not hold much significance for France, we could see few other tactical changes being made.

Tunisia do not have any major injury concerns ahead of this match. Wahbi Khazri could finally get the note to start this game. There will be pressure on Youssef Msakni as he would be looking to captain his side and lead them to the next stage of the tournament.

France have already secured qualification and hence, we could see few changes made to their starting XI. However, they have enough firepower in their ranks and we predict a commanding 2-1 win for them.