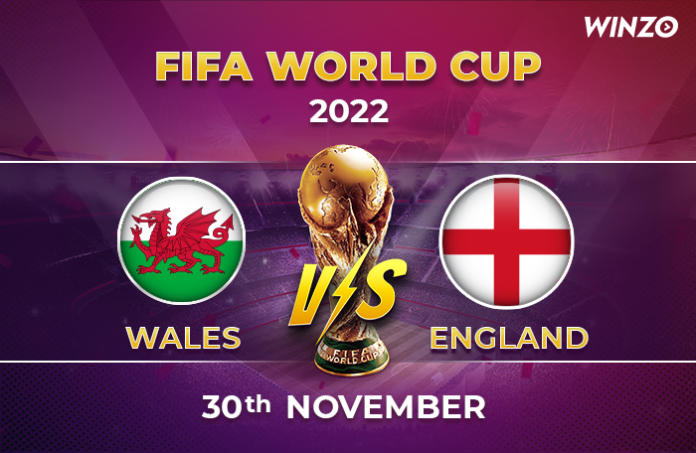 We are into the final round of group games at the 2022 FIFA World Cup as Wales lock horns with Gareth Southgate’s England in what promises to be a key Group B clash at the Ahmed bin Ali Stadium on Tuesday.

While England have one foot in the next round, Wales would need a win here to stay afloat in the competition. A loss or even a draw will see them being shunted out of the tournament.

Wales will go into this match without their number 1 choice goalkeeper as Wayne Hennessey picked up a red card in their last game against Iran. He will be replaced by Danny Ward. Barring this change, there are no other injury concerns for Wales. They will need their marquee players in Bale and Ramsey to pull up their socks and deliver the goods in this match.

Gareth Southgate does not have any injury concerns to deal with. James Maddison is back with the group and Kyle Walker too can start this game. Foden, who did not feature in the last game, could well get the nod ahead of Mason Mount for this clash.

For all the talent and expertise on paper, England were not at their best against the USA. They need to pull up their socks for this match against Wales. However, Wales have plenty of history behind them and hence, England could well win this match with a margin of 3-0