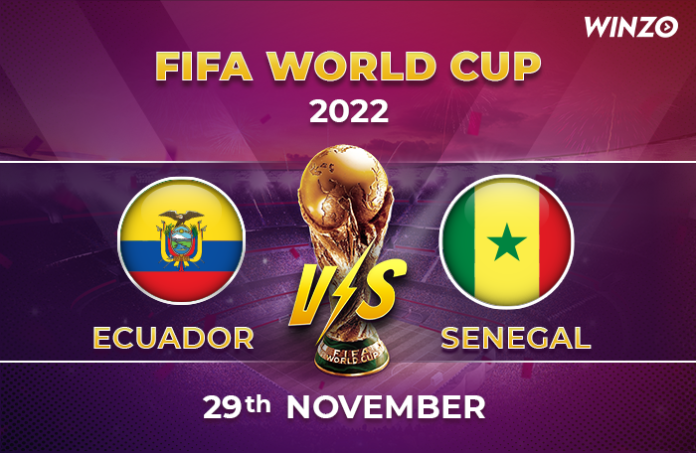 Ecuador will take on Senegal in their final FIFA World Cup group A game at the Khalifa International Stadium on Tuesday. They come into this match after beating Qatar in the opening game and then holding the Netherlands to a 1-1 draw.

Senegal too come into this game after beating Qatar 3-1 in their second game after being beaten by the Netherlands on Friday.

The big concern for Ecuador is the fitness of Enner Valencia who was stretchered off in the 1-1 match against the Netherlands. In his absence, Jeremy Sarmiento could well get the nod to make it to the starting XI.

Unlike Ecuador, Senegal do not have any major injury concerns. They would be vying for the three points on offer that will see them more or less make it to the next round. Kalidou Koulibaly will continue to be the crucial man in defense and will try to hold the game.

It is expected to be a closely-fought contest between both sides and Ecuador, despite being dominant, will have to be extremely vigilant at the backend. Senegal have the game to trouble Ecuador and we expect this game to end in a 1-1 stalemate.