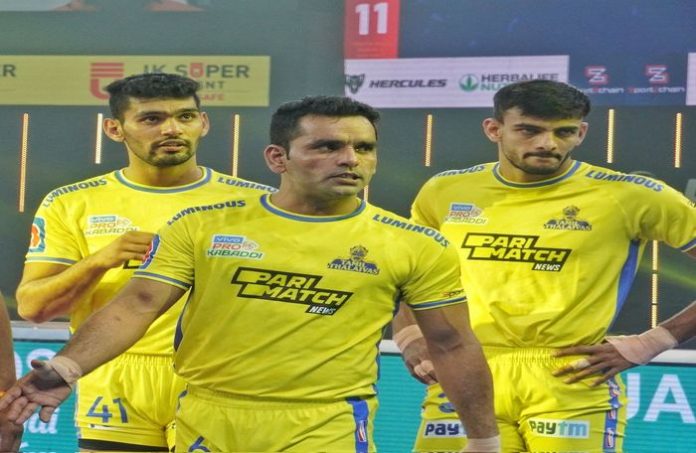 On Tuesday, U.P. Yoddha will face Tamil Thalaivas in the Pro Kabaddi League’s 33rd match on the Bengaluru grounds. The Thalaivas are ranked 5th on the points table, while the Yoddhas are positioned 7th, with only one point separating them. With a win, the Yoddhas will move into the top half of the table. The club from Northern India will keep an eye on their -7 score differential as they enter the final rounds of the season.

Until the previous match, both teams’ main issue had been firing as a unit. Individually, they had impressed, but as a group, they lacked consistency. The Tamil Thalaivas struggled defensively in the first half against Dabang Delhi, but they improved in the second half after Naveen Kumar was taken off the mat.

U.P. Yoddha will be hoping that the rest of the raiders rise to the occasion, since Pardeep Narwal hasn’t looked his best thus far. Surender Gill, who had only 4 points in the previous encounter, rose to the situation and scored 8 points.

So far, how have they fared?

In their five matches thus far, the Tamil Thalaivas have tied three times and won one once. The franchise surrendered a 7-point lead against Telugu Titans and U Mumba, but cutting the margin against Dabang Delhi would boost the players’ confidence.

U.P. Yoddha fought hard against U Mumba in a tight match. In the match, no side has taken a lead of more than 4 points. Despite Pardeep’s poor performance, the Yoddhas have grabbed 209 raids this season, which is the second-most by a team.

UP Yoddha vs Tamil Thalaivas Head-to-Head

So far in the competition, both sides have only won one match. However, if we look at the numbers, the Thalaivas have been the better team this season, despite the fact that luck hasn’t always been on their side. In the forthcoming season, the Surjeet Singh-led squad will have a clear lead over the Yoddha.