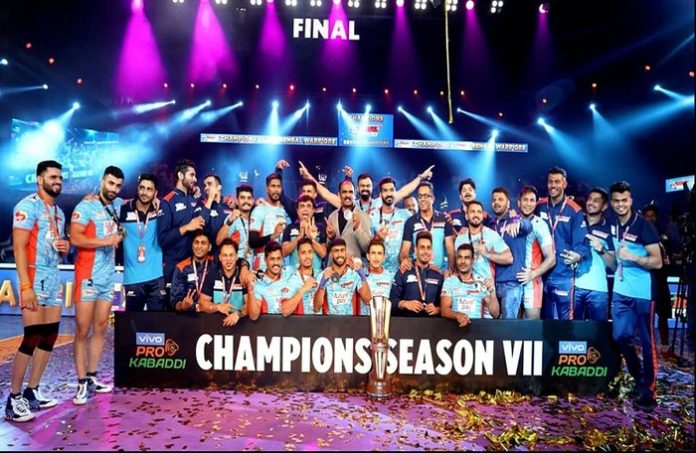 The Pro Kabaddi League will return to Bangalore on December 22nd after a year’s absence. The League, which was cancelled last year because of the epidemic, will be held in a bio-secure bubble at the Sheraton Grand in Whitefield.

Pro Kabaddi is credited with turning one of India’s oldest sports into a television sensation, and it has since evolved to become one of the country’s most popular leagues. The competition will begin with a 12-team League stage, like it did in 2019. The last year’s winners are the Bengal Warriors.

Even in the best of circumstances, Pro Kabaddi has thrown up a few shocks and served as a showcase for the country’s rising talent. More of it can be expected this time because the players haven’t competed in a tournament with such large stakes in almost two years. The teams spent over eight weeks in camp before heading to Bangalore for a seven-day quarantine before entering the PKL bubble.

Pro Kabbadi League is currently going on with full enthusiasm. The teams have been giving their best shot at every game coming their way to take the trophy home this time. While some teams are having an unbeatable streak of wins the others are having a tough time showcasing their top form but It is only by the end of the season that we would know if our favourite teams and players have had the luck to win or not.