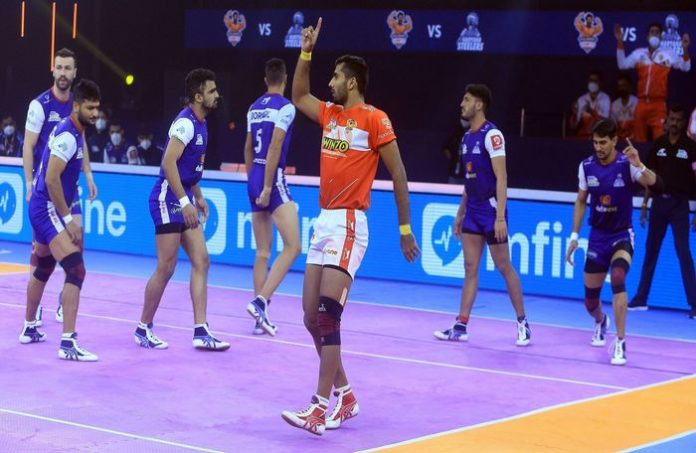 Puneri Paltan suffered a massive defeat to Bengaluru Bulls. Paltan lost their way in the second half after taking an early lead. They are placed last in the points table, having won only one and lost four of their five matches.

Gujarat Giants are coming off a 36-38 defeat at the hands of the Haryana Steelers. They were defeated in the final two minutes of the game which makes seventh on the table.

With one win from five games, both sides are in the bottom half of the points standings. While Puneri Paltan is in lowest place, Gujarat Giants have more points because of two tied games against U.P. Yoddha and Dabang Delhi K.C. Both teams will be desperate to win and move up the points table.

Both the teams have been performing disappointingly in this season 8 of Pro Kabbadi League. Puneri Paltan even after a streak of losses might stand a better chance to win tonight’s game basis their strong defence.

The audiences will be looking forward to the match where both the teams will be putting their best foot forward to win the game and make a mark at the points table.

So, sitback, relax and grab your popcorns as tonight’s game is going to be a thrilling visual experience indeed.