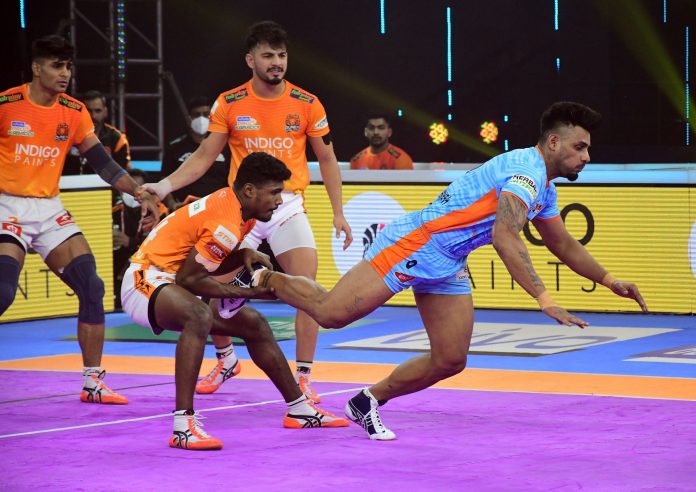 The Telugu Titans will face the Bengal Warriors in the 61st match of the Pro Kabaddi League 2022 on Monday.

The Telugu Titans have had a terrible season, finishing at the bottom of the league rankings with seven losses and two tied games after nine games.

The Titans have lost their last five games, including a 33-39 defeat against UP Yoddha in their most recent meeting. They’ll be looking for their first win of the season against the Warriors.

This season, the Warriors have likewise struggled to get off to a good start. After ten games, they are ninth in the points table with four wins, five losses, and one tie.

The reigning champions are looking like a shadow of their former selves after a 32-32 tie against U Mumba in their last game, and a win over the Titans will put them in the top six.

So far this season, nothing has worked for the Telugu Titans. Furthermore, Siddharth Desai’s injury has pushed them back even farther, and things are looking bleak for them.

At the same time, the Warriors have placed too much reliance on Maninder Singh. Their captain is not receiving adequate backing from his teammates, and the reigning champions must respond swiftly to get back on track.