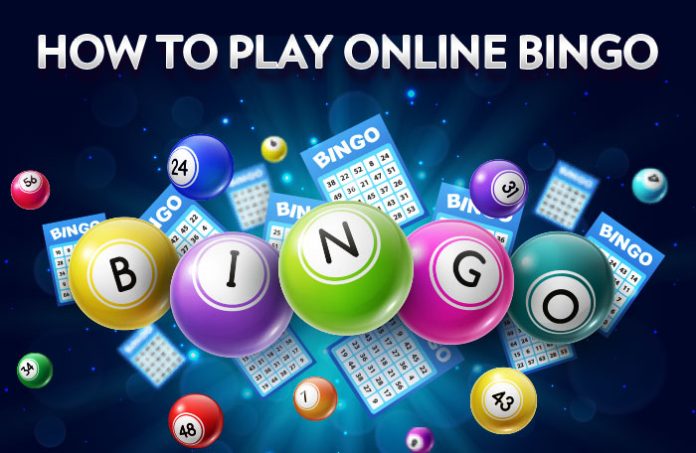 Bingo, also known as the game of chance, was introduced decades ago and has gained love of people of almost all ages. The popularity of the classic bingo game has brought it to the online gaming platforms where you can indulge in a fast-paced game with an extra amount of fun and excitement. Bingo is an easy-to-play game that can be played by anyone. It is recreated on a scorecard that comprises 25 squares.

If you are thinking that bingo is modern game, then you might be astonished to know that the first reference of the game dates back to the 1500s. However, it was then called Beano in which all the participants used to mark numbers off their cards that were pulled out of a sack. Today, the way of playing bingo has developed over the years with most of the principles and rules remaining unchanged since its inception. If you wish to know how to play bingo then continue reading to know all about the game.

Before understanding how to play bingo, its important to know the rules and important elements of the game:

The bingo game entirely depends upon probability. All the participants are provided with a card having a random set of 15 numbers ranging between 1-90. These numbers are positioned on a card and some slots are left blank. Whenever a number is announced, the player is must match the numbers accordingly and slash it on the card. The following are the challenges that must be kept in mind while playing:

Each number in the four corners of the ticket are required to be cut as early as possible. The first player to complete the corners, declares his achievement by pronouncing ‘corners’ while playing the game.

There are three lines in the bingo game and these are the horizontal line each having five columns. These are known as the first, second, and third lines respectively. As soon as you complete any of these line, you need to declare it.

The bingo game gives a chance of two lines declaration. After completing the first line, either by you or by other player, the target it to complete any of the remaining two lines. The challengers who complete the next line is required to decalre it, to win the reward.

After cutting all the numbers on your card, you need to call out ‘bingo’. The one who completes the house in the first place wins the biggest reward.

While focusing on the mentioned points always remember that you can only slash or mark the number that are called. Calling out is an important part to know while learning how to play bingo. If you missed calling out your achievement while playing the game, you may miss the points. You need to shout bingo before the next number is called or you miss out on your chance to win.

How to Play Bingo Online

Its quite easy to play online bingo and you just need to download a gaming app that features bingo. If you are playing the game on Winzo then you can opt between free boot and paid challenges. The following is the step by step process of playing bingo game online:

In the classic way of playing bingo, there is always a callers who draws a number and announces it loudly. This person is known as the bingo caller. While playing the game online, you will hear a voice calling out the numbers. That’s the voice of the bingo caller and the same number will also flash on your screen. Make sure that you don’t miss out the number announced the caller as this may decrease your chances of winning the game.

After knowing how to play bingo online, the following are the tips that helps in winning the game:

1. Remain attentive and keep a track of the numbers being called. Always cross the number as soon as it is called rather than focusing on something else.

2. Always cross the the correct number otherwise you may make a mistake and call a false call, resulting in deduction of points.

3. Don’t forget to call out as if you miss announcing the achievement within time and the next numbers is announced then you loose your points. The number on which you complete your house must be the winning number.

If you wish to play Bingo online then you can download the Winzo App and indulge in a never-ending gaming experience. Winzo is the most trusted gaming platform in India with millions of players indulging in their favourite game on daily basis. The game also gives you chance to earn real cash with all your wins. Don’t forget to involve the mentioned tips and strategies on how to play bingo to score more points.

Frequently Asked Questions about How to Play Bingo

Q) Can I play bingo online?

A) Yes, bingo game can be played online on various gaming platforms. You can download the Winzo app and enjoy exciting hours while playing your favourite games, including bingo.

Q) How to win bingo game?

A) The following points must be kept in mind to win bingo game:

You need to keep a meticulous check on the numbers being announced. If you have missed the number then you need to check or recheck and that can hamper your gameplay.
Whenever you are a number away from completing a house or line, keep that number in mind. This helps you in announcing your achievement within time.

Q) Is there any strategy to win bingo?

A) The main strategy to win bingo is to remain focused. This helps in missing out numbers along with keeping you informed regarding the ongoing status of the game. You must know the numbers you need to complete the house and keep a close check on the announcements.