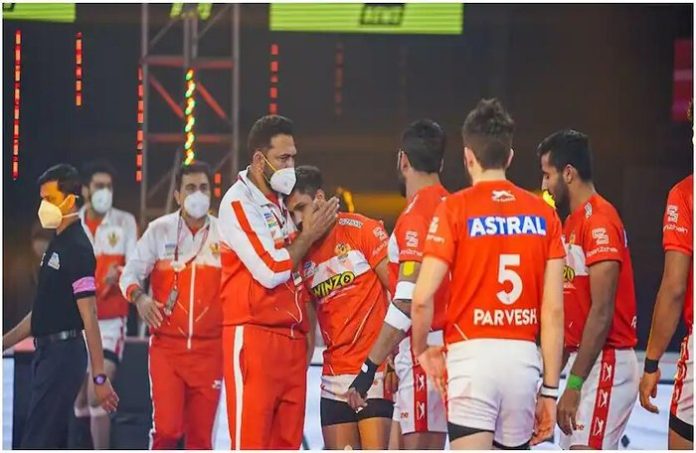 On Monday in Bengaluru, the Gujarat Giants will face the Bengaluru Bulls in the second Eliminator of the Pro Kabaddi League 2022.

The Gujarat Giants took a while to get going, but they eventually ended fourth in the league with ten victories, eight losses, and four ties. They are invincible right now, having gone undefeated in their last five games, including a 33-36 victory over U Mumba in their latest match.

In the meantime, the Bengaluru Bulls ended sixth in the league with 11 victories, nine losses, and two ties. However, the Bulls have only won two of their last five games, including a 46-24 victory over the Haryana Steelers in their most recent meeting.

In their first encounter of the season, the Bulls defeated the Gujarat Giants 46-37. The Giants, on the other hand, avenged their setback by winning the rematch 40-36. The Giants are currently on a tear. Meanwhile, the Bulls will try to build on their triumph over the Steelers as they prepare for another semi-final appearance in the league.

Gujarat Giants are in good shape and have a lot of momentum on their side. Their fabled defence, on the other hand, is still underwhelming. This could jeopardise their chances of making it to the last four.

The Bengaluru Bulls, on the other hand, are having difficulty maintaining consistency. They are relying on their captain Pawan Sehrawat’s unique skill. If they want to move further in the tournament, they must improve their defence and act as a unit.

Bengaluru Bulls have a high chance of winning today.