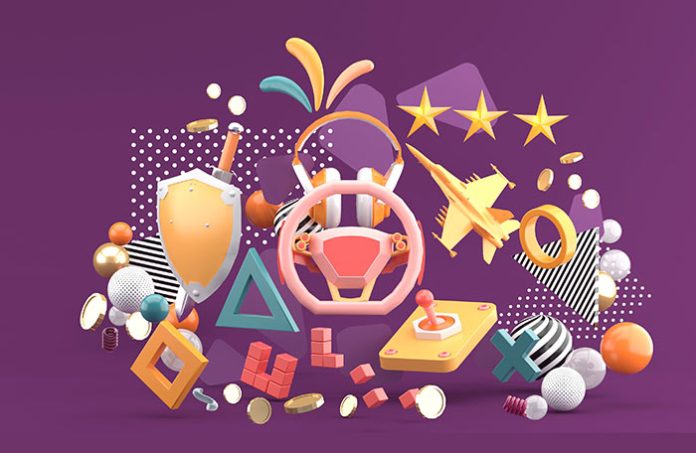 Arcade games are online games with limited or short playtime, featuring difficulties combined with simple gameplay. These games have a blend of the brilliance of the past and modern-day technology. In contrast to the long sessions and intensive gameplay of action and adventure games that make games a bit monotonous, arcade games cater for exhilarating gaming excitement. With a variety of free online arcade games, you get a chance to immerse yourself in a gaming experience with short, easy, and intuitive control schemes. While playing these games, you can have such an easy and simple learning curve that you are always engaged in the gaming activity to stay in constant action and excitement.

If you are looking for the best arcade games then continue reading to know the mind-blowing experiences available for you!

It is a skill-based arcade game that you should absolutely try on the WinZO. The goal of the game is to slice as many fruits as possible in a circular revolving display of fruits till the player misses a fruit three times. The score is automatically updated every time a fruit is chopped with the circular blade that the player launches.

It is the player’s responsibility to ground all fruits in order to prepare a wonderful fruit cocktail. Furthermore, by playing, you can get high scores and earn real money awards.

It is an exhilarating one-touch infinite game in which you touch the screen to force the knife up. Avoid other knives and obstacles while collecting coins to unlock additional knives and defeating the monster.

We’re sure you played Carrom with your friends and family when you were younger. Regarding the wonderful memories you have associated with Carrom, we understand that you are inclined to play it digitally with random players or your friends. So go on the WinZO app and start playing your favourite childhood arcade game.

Metro Surfer is a runner game where you run endlessly to survive your lives in the game. While running across the tracks full of metros, hurdles, bridges, etc. you get chances of grabbing diamonds, power-ups, and a lot of other accessories. The gameplay involves jumping off, change of tracks, sliding back, and increasing speeds. If you wish to download arcade games then you can prefer taking the Winzo app, a platform that gives you chance to play hundreds of such games for free.

If you like playing games then you must have certainly played something similar to our exclusive Angry Monster. You need to hit the targets by dragging your fingers on the screen accordingly to attain a score. It is a time-based game and within the duration, you need to smash all your hurdles to move to the next round. This is one of the most popular in the list of arcade games.

Another interesting arcade game is the block smasher. This is an addictive brain churning game that involves a breakout-style 3D game. You are required to smash or hit a wall of blocks by deflecting a moving fireball with a paddle. Always remember that the paddle moves only horizontally and is controlled either by motion or touching the screen. The aim is to empty the board to reach the next level.

one of the first coin-operated arcade games, was invented in 1931. It is a pin-based game that is largely based on the 19th century game of bagatelle and is often regarded as the pinball machine’s forerunner.

William Higinbotham, a nuclear physicist at Brookhaven National Laboratory, invented the first multiplayer arcade game in 1958. The two controllers, aptly named Tennis for Two, were linked to a computer and used an oscilloscope as a monitor. Arcade games have surely progressed since then!

the first commercially successful video game, was released by Atari in 1972. Speaking of Atari, the global arcade company was launched with only $500 that same year, eventually earning $28 million.

Q – What are arcade games?

A – Arcade games are regarded as games of skill comprising elements of games of chance. Earlier, these games were coin-operated indulgences that we generally get through entertainment machines installed in restaurants, bars, amusement arcades, etc. These are primarily games of skill and include arcade video games.

A – You can download the WinZO app and play your favourite arcade game.

Q – What are the most popular Arcade Games?

A – Ludo, Carrom, Knife Up, Pool are some of the most popular arcade games on the WinZO app.

Q – What are the best Arcade Games to play on phones?

A – Anyone can play any arcade game on their phones through the WinZO App.

How to Score and Save from Fouls in Carrom Board Game?