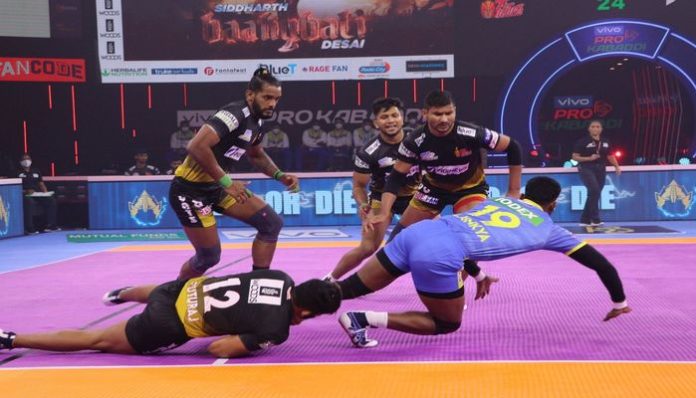 The Telugu Titans will be going against  the Haryana Steelers in 18th of the Pro Kabaddi League 2021 on December 28th at the mighty grounds of Bengaluru.

Both teams have lost their prior matches against their respective opponents . This game is crucial  for both the teams as they both are yet to achieve their first win in Pro Kabaddi League 2021.

This season, the Telugu Titans have had a string of bad luck. They’ve been playing exceptionally well, with Bahubali Siddharth Desai (24 super tens in 45 games) leading the way without consistent support from his teammates in order to deliver a win.

He scored half of the team’s points in their loss against Puneri Paltan (34-33). Rohit Kumar (26 super tens in 92 matches), Ankit Beniwal, and the Bahubali himself are among their best performers. It’s only a matter of time before these Titans join forces.