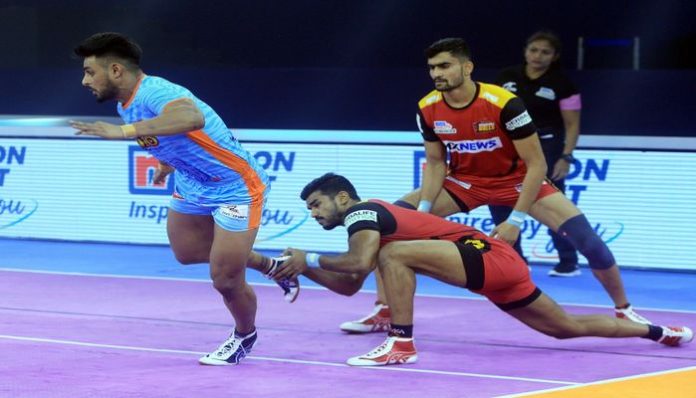 In the 19th match of the Pro Kabaddi League 2021, Dabang Delhi will face the Bengal Warriors.

Dabang Delhi has had a strong start to the season, sitting atop the league rankings after three games with two victories and one tie. The Dabang will be eager to avenge their setback in last season’s final while also maintaining their unblemished record.

Meanwhile, the Bengal Warriors have made a solid start to their title defence. With two victories and a single loss in three games, they are in second place in the standings. The Warriors are coming off a 35-36 loss to the Bengaluru Bulls, and they’ll be looking to get back on track immediately.

Who will win today’s DEL Vs BEN Pro Kabaddi match?

Sukesh Hegde’s present form is causing the Bengal Warriors a lot of concern right now. Maninder Singh and Mohammad Nabibakhsh are overly dependant on them. Furthermore, their defence has appeared shackled and has so far failed to deliver.

Dabang Delhi’s cover defenders haven’t lived up to expectations. Manjeet Chhillar hasn’t scored enough tackle points, while Jeeva Kumar has given up too many unneeded points. To stop Maninder Singh, they’ll have to reorganise their defence.