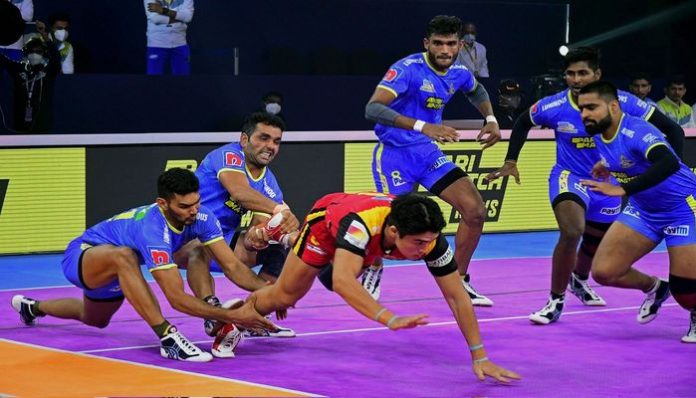 Tamil Thalaivas will be going against U Mumba in Match 15 of the Pro Kabaddi League 2021. Today, the Bengaluru grounds will witness a match full of enthusiasm and grit.

With six points, U Mumba is ranked fifth in the point table, with a loss and win of one match each   Tamil Thalaivas stand at the 11th place, with only three points accounting to them. In the ongoing Pro Kabaddi League edition, both the teams have equally lost and drawn a game.

The Mumbaikars opened the season with a striking win. However, they dropped from the top of the points table after losing their second match to Dabang Delhi KC.

Tamil Thalaivas vs U Mumba Head-to-Head

Both the teams are in a similar state in the 2021 Pro Kabbadi league. Tonight’s match is going to be a nail biting session in order for the teams to climb up the points table.

So far, the Tamil Thalaivas have done a good job on defence, but they need to figure out a better attacking front. U Mumba will try to get back on track. Their defence had a bad day on the mat in the previous game, and they’ll be eager to get back into the swing of things. For U Mumba, Abhishek Singh is critical, and the raider will have to lead from the front.