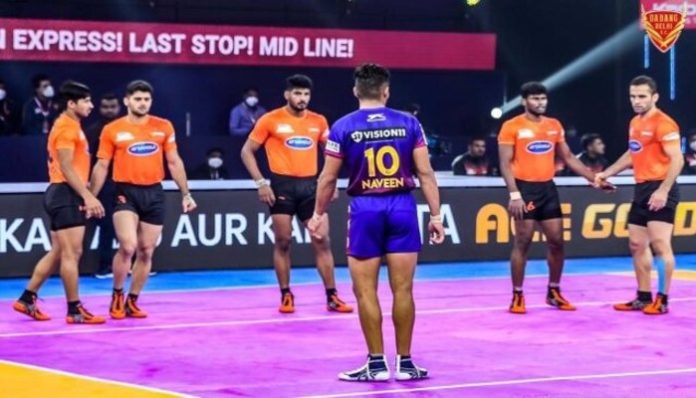 Today at the grounds of Bengaluru, Gujarat Giants will lock horns with Dabang Delhi KC in Match 13 of the Pro Kabaddi League 2021.

While the Gujarat Giants roared aloud against the Jaipur Pink Panthers in the season opener but they fell short facing the Bengal warriors and had to taste defeat.

Dabang Delhi KC, on the other side, defeated Puneri Paltan in their first this season along with defeating U Mumba in their next. With this upcoming match tonight the Dabang team of PKL will try to maintain their winning streak.

On the other hand, the Giants will be in a desperate attempt to climb up the points table by defeating Dabang Delhi KC, the Delhi-based club.

In the first two games, the Giants have been unable to mount an offensive attack while they have played well on defence. Though Dabang Delhi has excelled in both the areas. Their attack has been on fire, commanded by ‘Naveen Express.’ Meanwhile, the defence has performed admirably too. It will be impossible to stop the Dabangs from Delhi if the Gujarat Giants do not enhance their attack.