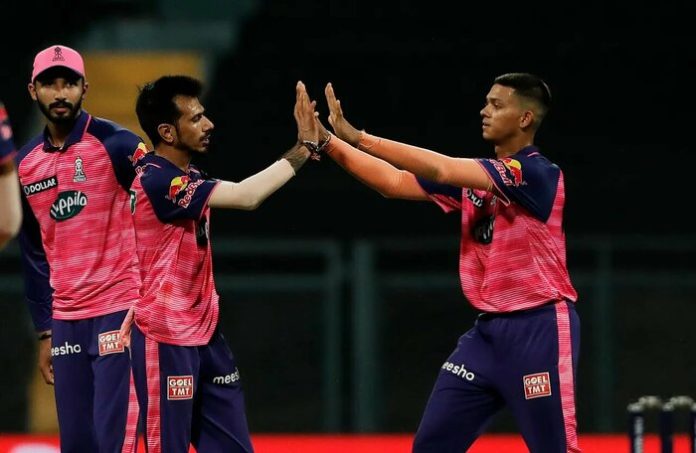 Both of these clubs will come into the contest with distinct goals in mind. The Gujarat Titans were defeated by SunRisers Hyderabad in their first match of the IPL 2022, and they are now on 6 points. If Royal Challengers Bangalore (6 points) and Punjab Kings (4 points) both win their next matches, they will be able to overtake Gujarat Titans. Hardik Pandya’s Gujarat Titans would wish to avoid that predicament.

Rajasthan Royals, meanwhile, have 6 points and will be fearful of RCB catching them with 8 points if they win, or PBKS catching them with 6 points if they lose, depending on the outcome. The RR, led by Sanju Samson, will be looking for those two points of comfort as well. Going into the tournament, the Gujarat Titans were definitely the underdogs. They, on the other hand, astounded everyone with their incredible performance. The Hardik Pandya-led team had dominated their first three games, but then they lost to Sunrisers Hyderabad, their first defeat of the season.

After losing by 8 wickets to Sunrisers Hyderabad in their previous encounter on Tuesday, Gujarat Titans (GT) will play Rajasthan Royals (RR) at DY Patil Stadium in Mumbai on Thursday (April 14). Hardik Pandya and the Royals have no reservations about their availability for Thursday’s encounter against the ‘rampaging’ Royals. All of the foreign players have joined the team and are giving everything they have during the competition.

According to the research, Mumbai’s expected temperature on Thursday (14th of April) would be between 29 and 32 degrees (celsius). It also states that the humidity is at 55% and that the wind speed is at 16 km/h. About 7 p.m., the chance of precipitation will be around 1%. By 11 p.m., it had risen to 4%.

DY Patil Stadium has played host to six IPL 2022 games thus far. Three teams have won while chasing six games, and three times the score has been defended. This season, this stadium’s average first-inning scoring has been 166 runs.

GT will play first match against RR in IPL

Gujrat Titans is all set with their incredible team. On paper and due to past performances there are higher chances of Gujrat Titans taking the win home tonight.