12 Best eSport Games for Smartphones in 2022 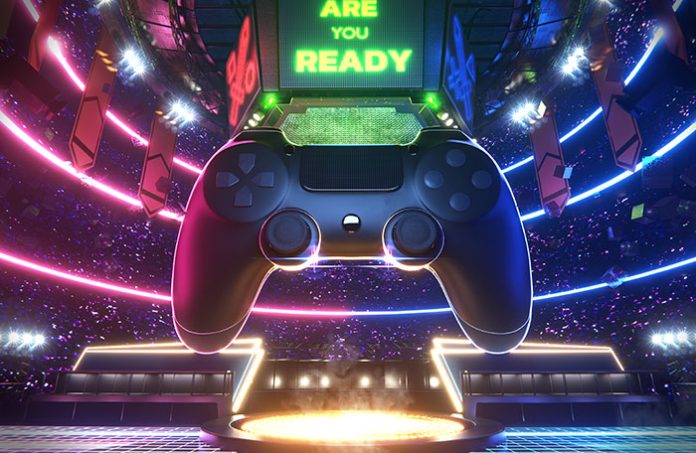 The eSports games are enthralling video game that involves serious challenges, like athletic sporting events. These games are usually played in front of live audiences or might be broadcasted over the internet.

Nowadays, online eSports games bring together numerous players in a common online arena who challenge each other, and the one who wins the competition by being the last standing player is declared victorious. The eSport games imitate the experience of spectating a professional sporting event, however, the spectators here watch video gamers challenge their opponents.

From never-ending chases to unbelievable and enormous gaming arcades, here are the best eSports games that can be played with your friends on your smartphones:

Apex Legends by Respawn developers reigns the heart of players from across the world. The game is set in the Titanfall universe and gives exclusive control to nimble mercenaries. The colorful characters of the game are equipped with numerous abilities, such as traveling between dimensions, cloaking oneself, and even forming holograms as Mirage.

Counter-Strike by Valve with Global Offensive was introduced in 2012. Earlier, the game was played on computers, and now it is amongst the most popular eSports games to be played on smartphones. The game got famed due to its core gameplay and energetic followers. However, the setup of the game might seem a bit outdated, but it resides in many folks’ hearts and remains an unbeatable gaming option.

The Dragon Ball series is a set of fighting games with FighterZ being amongst the most popular eSport games. The game features buff monkey men, humans, aliens, and trading fritters in real earth-shattering battles. The Dragon Ball FighterZ escapes the Xenoverse games’ arena-brawling model and offers 3 vs 3 tag-team fights. The exclusive design, extreme battle, and unrestricted control scheme add more thrill to the game.

Dota 2 is a multiplayer battleground eSports game that is developed by the Valve Corporation. The game is a sequel to Defense of the Ancients and is recreated in groups of five. In this game, you need to defend your area on a map, along with destroying a structure called Ancient which is perched in the opponent’s base. The game is easy to learn and has won numerous recognitions in recent years. If you are looking for free eSport games, then you can certainly try your hands on this game.

Fortnite is another multiplayer eSport game that is developed by the Epic Games. The game features three varied modes, that are, Save the World, Battle Royale, and Creative. However, the mentioned games are counted as a game, with each one having unique specifications. Save the World involves up to 4 players and here you fight zombie-like creatures and try to survive till the end to win the game.

The Battle Royale of Fortnite features player-versus-player criteria where almost 100 players face each other to be the last person standing. In Creative, you play in the sandbox mode along with having creative control over the challenge.

The League of Legends was released in 2009 and this multiplayer real-time eSport game is developed by Riot Games. The game is played by two teams, each comprising 3 or 5 players, and has a similarity to Dota 2 in terms of its gameplay. The winning team must destroy the unique structure called Nexus which is located within the premises of the opponent’s base.

The Free Fire is a famous battle royal shooting game and is amongst the most downloaded eSports games across the world. The Free Fire Max is the latest version which was released in September 2021. The game brings almost 50 players on a virtual island where the last surviving player wins the game. You can also play the game on Winzo and win Free Fires to add more thrills to your indulgence.

Mortal Kombat 11 is the latest fighting game developed by the Nether Realm Studio and this eSports game is beyond the cracked skulls and endless spurts. The game introduced numerous features, from time travel to pit personalities to challenge your rivals even in the past to alter your present-day scenario in the game. The latest version of Mortal Kombat has animation improvements and new offensive and defensive mechanics, providing an enthralling encounter to the players. This is amongst the popular eSports games for android users.

Pokémon Unite is a popular eSport game that can be played on the Winzo App. This multiplayer online battleground game offers standard matches between two teams, each comprising of five players. The matches are time-based, and the team with the highest score wins the challenge. You can also undertake brief battles having 4 players in each team. If you are playing this game on Winzo then you also get a chance to win real cash awards.

Clash Royale is a real-time strategy game which is considered to be among the top eSports games across the world. The game has a blend of components based on the multiplayer online battle arena that features Royales along with giving a chance to play preferred Clash characters. You can gather exclusive gameplays, such as Clash of Clans troops & spells, Princes, Knights, Baby Dragons, etc. The aim of the game is to challenge the opponent King and Princesses and disrupt their respective towers.

PUBG Battlegrounds is counted as one of the most addictive games and comprises diverse maps with diverse terrains within a virtual setting. The game features battle royale which means that all the players fight against each other. The player who lasts till the end is declared as the winner and each game features a battlefield with 100 players on an 8 x 8 km island. This is undoubtedly one of the most popular esports games.

Another action packed indulgence that can be categorised as the best sports game, Call of Duty purveys extraordinary elements and can be played in mixed PvP modes. As you proceed further in the game, you unlock numerous attractions and the commendable graphics add thrills to the challenges. This is a brain-churning game that involves a 100-player battle royale along with a classic deathmatch.

The eSports games are trending among players and promise fun-filled hours with your friends and mates. If you wish to have an unbeatable gaming experience then download the Winzo App and enjoy interesting hours on your smartphone.

Q – What are esports games?

A – The eSports games are video game that gives you a chance to undergo serious challenges, similar to an athletic sporting event. These games are usually played in front of live audiences or might be broadcasted over the internet. If you wish to play the best eSports games then you can download the Winzo App and play the best challenges.

Q – What games are played at esports?

A – These are the challenges and depend upon the nature of the game you are playing. It could be a multiplayer shooting game or a destructive expedition. There are a variety of eSport games available across online gaming platforms.

Q – Which is the best esports game?

Q – Is PUBG an eSport game?

A – Yes, PUBG is an eSport game as it involves severe challenges, like an athletic event. It is one of the most played games across the world. The game is categorised as an eSport because of its gameplay, pattern, and battlefield experiences.

Q – Do I need to download the Clash Royale game?

A – Clash Royale can be played on numerous gaming platforms. You can download the Winzo App to play Clash Royale and indulge in never-ending gaming experiences. Winzo ensures fair play and you can also play numerous other popular games by downloading the app. You also get a chance to win real cash rewards.