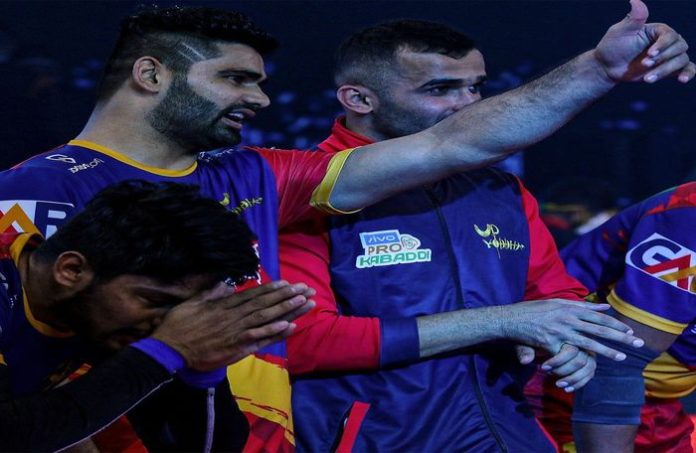 On Wednesday, Patna Pirates will face Pardeep Narwal’s UP Yoddha in the first semi-final of the Pro Kabaddi League 2022 in Bengaluru.

The Pirates proved their detractors wrong by finishing first in the league. With 16 victories, five defeats, and only one draw game, they advanced directly to the semi-finals. The Pirates are on a roll, having won four of their last five games, including a 30-27 victory over the Haryana Steelers in their latest match.

Meanwhile, in the first eliminator, UP Yoddha defeated Puneri Paltan 42-31 to go to the last four. They qualified for the playoffs after finishing third in the standings with 10 wins, nine defeats, and three ties. In addition, the Yoddhas have won four of their past five games.

This season, Patna Pirates and UP Yoddha have split their two meetings. The Yoddhas won the first match 36-35, but the Pirates repaid the favour by winning the rematch 37-35. While the three-time champions will be aiming for another final, the UP-based team will be attempting to go a step closer to their maiden Pro Kabaddi League crown.

Patna Pirates vs UP Yoddha Head-to-Head

Patna Pirates have been invincible this season, but there are chinks in their armour. In the raiding department, Sachin requires additional assistance from Prashanth Kumar and Guman Singh. Meanwhile, their defence appears to be rusty, and they rely too heavily on Mohammadreza Cihyaneh. If their defenders are to stop the ferocious Pardeep Narwal, they must pull up their socks.

UP Yoddha, on the other hand, is playing as a team. Pardeep Narwal, who set a new record in the last game, will attempt to replicate his feat against his former squad.

In the corner, Nitesh and Sumit are also sweeping the floor for Yoddhas. Their cover defenders, on the other hand, must limit their unforced errors in defence.

We believe UP Yoddha is going to take the win home tonight.