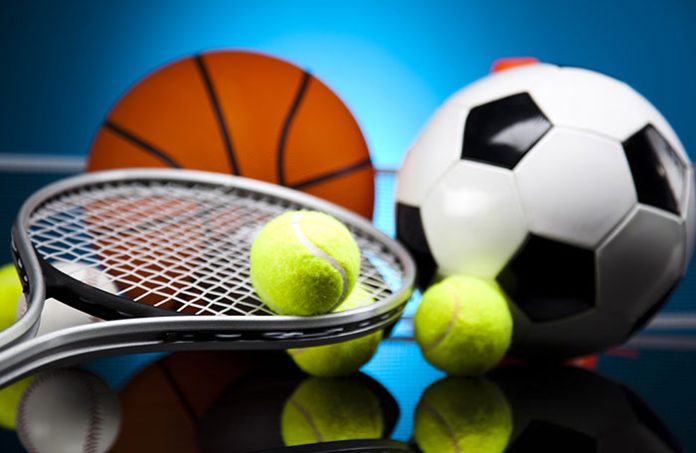 Sports games have not been as popular on mobile gaming platforms as other genres, such as action games. Furthermore, the majority of sports games are built for a single player. Sports lovers prefer to play football video games on other internet gaming devices such as PS, Xbox, and other handheld consoles rather than mobile gaming apps. However, with the proliferation of apps that provide better visuals, gameplay, and overall experience for sports games online, gamers are gradually shifting to playing games on mobile apps. Because outstanding teamwork is a crucial trait that sports teach players, having a variety of amazing multiplayer sports games becomes even more important.

With that in mind, here is a selection of the greatest sports games for Android and iOS that you can play with your friends and other opponents. Whether you enjoy traditional sports such as football, cricket, or basketball, or if you prefer activities such as skateboarding, tennis, golf, volleyball, or mountain climbing, the list offers something for everyone. The best part is that this special list designed for sports game players includes free-to-play games as well as paid games in which you may win real money. So, choose your favorite game, put on your gear, and get ready to play the best sports games in online multiplayer mode.

Best 8 Sports Games Online to Play with Your Friends 2022

World Cricket Championship 2 (WCC2) is a famous cricket-based sports game among cricket aficionados. WCC2 mobile game contains realistic game physics, numerous batting shots, bowling and hitting animations, and other fun features. The sports game is played in a 1v1 and 1vN online multiplayer format, and you can select between free-to-play practice games and paid battles against random opponents. WCC2 is available on the WinZO app for both Android and iOS users.

Pool is one of the best cue-sports games available. With a few exceptions, the pool game, commonly known as 8 ball pool, is very similar to billiards. On the WinZO app, the game is played in a PvP multiplayer mode, with the goal of potting the allotted balls as well as the 8 balls before the opponent. The player who completes the objective first is proclaimed the winner. The game allows you to compete in cash battles against random opponents in order to win real money. 8 Ball Pool is a free app that can be downloaded by both Android and iOS users.

Archery is a fun yet competitive mobile game in which your aim is very important. The goal is to hit the center of the target and score more points than the opposing player. The difficulties come from the shifting target and the wind, both of which influence the direction of the arrow. The participants release their arrows at the same time, aiming for the bullseye, and the player with the highest score wins the game. The WinZO app includes archery.

Bowling is a pleasant multiplayer game that is an exciting sports game that is frequently played for leisure. The game matches you against a random opponent, and each player has five frames to try to obtain a higher score. The seamless controls allow players to fine-tune the aim of the ball and slide it by releasing it or pulling it back to flick. The scoreboard displays your overall score after each turn. The game is won by the player with the highest score. This is one of the best sports games to play with friends.

The Badminton League game allows you to perfect your skills and defeat your opponents in order to compete in the main tournament and gain special abilities. The game has high-quality computer-style graphics, stunning animation and music effects, several modes, character customization, and simple management.

The Basketball Game is among the best sports games online where you get a chance to relive your love for the sport. The aim of the game is to make your ball goal by crossing the basket as many times as possible within the set game time. The Winzo basketball game comprises a basket, a ball, and an obstruction. The obstruction is in a form of a wooden plank that keeps bouncing between the ball and basket to make your task difficult. You need to drag your finger on the screen to form a route for the ball to cross through the basket while protecting it from getting hit by the bouncing plank.

Are you a soccer fan? If yes, then FIFA Soccer is one of the best sports games online for you. The game is the latest version in the name of the FIFA franchise. The game comprises ultimate rosters of nearly 550 real teams, including the past & present soccer celebs too! You get a chance to be a member of your favourite team and indulge in the flawless gaming experience of your fav sport.

Fishing deals with patience but if you are planning to play Rapala Fishing then get prepared for unlimited fun that involves strategy. It is an easy-to-play game and can be played even by kids. With numerous fishing sites, comfortable controls, and daily championships, you get numerous choices to indulge in while playing Rapala Fishing.

You can play several modes in matches, tournaments, or against bots. The free-to-play game is available on the Google Play Store for Android users.

Compete on land, in the water, or from a great height! Play several sports games, ranging from traditional football to severe base-jumping. In each game, you may control your player’s power and use it to overcome your opponents. Over snowy ramps, perform tricks like backflips. In multiplayer challenges, practice effective teamwork, and in head-to-head challenges, build on your own talents.

Q) What are sports games?

A) Sports and games are quite similar: a game is a physical or mental activity or contest with rules that people do for fun. A sport is a competition or game in which participants participate by performing specified physical exercises according to a set of rules.

Q) Why are sports games so popular?

A) Sports games are popular due to the amount of excitement they offer along with a tinge of nostalgia. The games that you have always played offline are now available online on a single click.

Q) Which is the most popular sports game?

A) You can play the best sports games like WCC, BasketBall and many more on the WinZO app. If you wish to download sports games then you can check out the games available on the Winzo app.

Q) What sports games can you play online?

A) Most of the sports games can be played online such as Frisbee, Basketball, Bowling, Soccer, Baseball, Cricket, Tennis, Badminton, and more. It depends upon which game you wish to play and you can search for its online version.

Q) What sports can you play with friends?