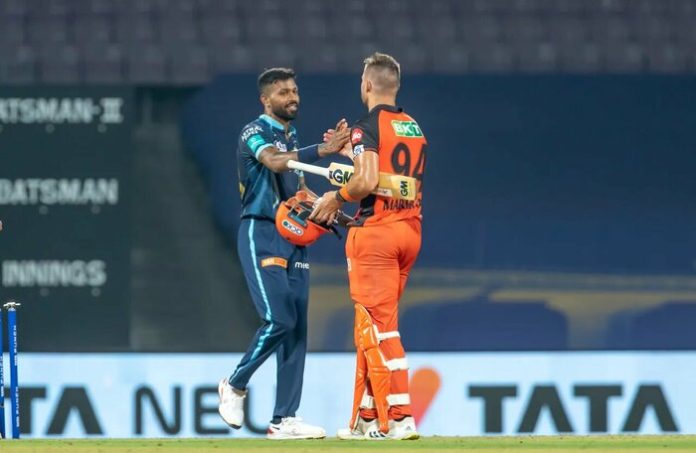 Gujarat Titans will face Sunrisers Hyderabad in the 40th match of the Tata IPL 2022 on April 27th at Wankhede Stadium in Mumbai.

Gujarat Titans’ most recent match was against Kolkata Knight Riders, which they won by 8 runs. Gujarat’s Hardik Pandya scored 67 runs in that game. Sunrisers Hyderabad, on the other hand, won their last game by 9 wickets against Royal Challengers Bangalore. In that encounter, Abhishek Sharma scored 47 runs for them.

Wankhede Stadium’s batting surface has always been conducive to batting. The track has a consistent bounce, and the shorter boundaries make the batters’ work even easier. There will be a lot of dew, so after winning the toss, both teams will prefer to bowl first. Wankhede Stadium is known for its high-scoring games because to its lightning-fast outfield.

Gujrat Titans are the probable winners of this match. The team seems to be in a great form and position currently which will aid them to win tonight’s match.