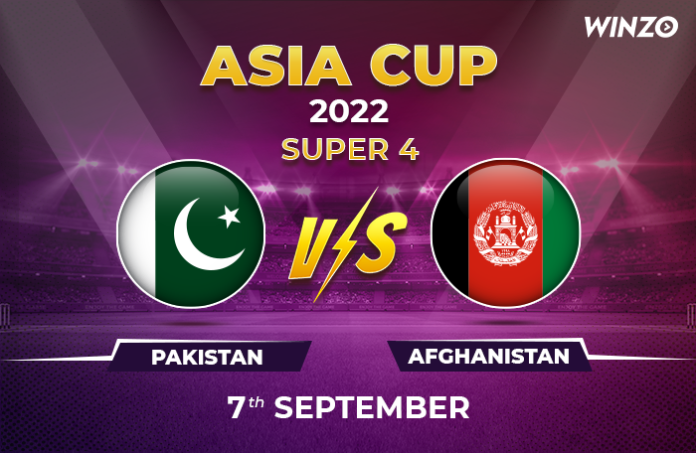 Currently, Babar Azam is leading the Pakistan team, whereas Mohammad Nabi is the skipper of Afghanistan. In the opening match of the super four, Afghanistan lost to Sri Lanka by 4 wickets and Pakistan defeated India by 5 wickets.

While playing against India, Pakistan won the toss and opted to bowl first. Though India smacked 181 runs, including a 60-run knock by Virat Kohli, the electrifying inning of 71 runs by Mohammad Rizwan, followed by Mohammad Nawaz’s 42 runs, Pakistan grabbed victory by 5 wickets.

On the other hand, Afghanistan batted first against Sri Lanka and established the target of 175 runs with Rahmanullah Gurbaz playing a mind-blowing knock of 84 runs. Lankan openers Pathum Nissanka and Kusal Mendis grabbed 35 and 36 runs, respectively. Later, Bhanuka Rajapaksa secured 31 runs against 14 balls, helping the team proceed towards victory.

Both the teams are in good form and fans are expecting to witness spectacular innings today.

The average temperature is expected around 35°C with 45% humidity and 13 km/hr wind speed. There are no chances of rainfall today.

The pitch of the Sharjah Cricket Stadium is typically flat and might be a bit slow for spinners. It is quite suitable for batting, and the team that wins the toss is expected to bat first. However, in the current series the team that bats second claims the challenge.

According to the current form of the players and previous performances, Pakistan is expected to be the winner in today’s match.